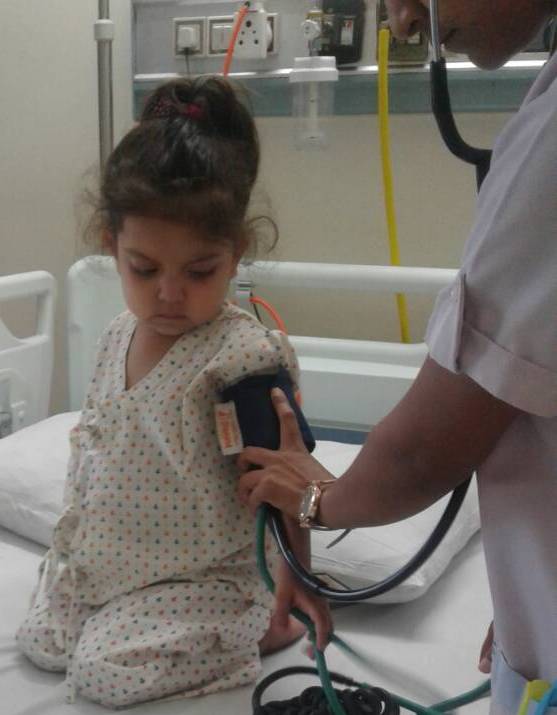 New Delhi, August 14, 2018: It was a heart warming cross border alliance to save a 3 year old Afghani girl, Hadia Nesari. Indraparastha Apollo hospital did a successful liver transplant on her. She was referred by a Pakistani doctor who also footed the bill. Apollo on its part did it on subsidised rate. 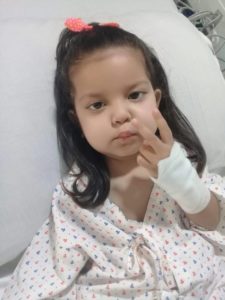 Dr. Huma said, ‘Hadia had been unwell in Afghanistan for some time and was referred to my department at Children’s Hospital, Lahore. We admitted her in a seriously ill condition. She had contracted chronic liver disease of unknown cause and despite our best efforts, her disease became severe and the organ became cirrhotic. Essentially, her liver was failing. In the end, the only option was a liver transplant. I immediately referred her to Indraprastha Apollo Hospitals, New Delhi as it is a pioneering institute in the field of liver transplants.’

‘When we counselled the family to go for a liver transplant, they broke down and told us that since Hadia’s father is a teacher, he couldn’t afford the proposed treatment,” Dr. Huma added. Going above and beyond the call of duty, she decided to fund the treatment herself as the family had severe financial constraints.

Dr. Neerav Goyal, Senior Consultant, Liver Transplant and Hepatobiliary, Pancreatic Surgery Department, added, ‘As the blood vessels in a young child are very small we needed to take extra care to plan the transplant. Her father Ahmed Fawad became her liver donor. We performed a successful 12-hour long liver transplant surgery on the patient last month. Baby Hadia is doing well now, and all her tests are normal.’

Hadia’s father expressed his immense gratitude to team of doctors at Indraprastha Apollo Hospitals, Dr. Huma Cheema and the grace of God which saved the life of his child, ‘Nothing is worse than watching your child suffer through disease. By giving new life to Hadia, doctors at Indraprastha Apollo Hospitals have given a new life to our family. We go back to Afghanistan taking back fond memories of our time in India.’