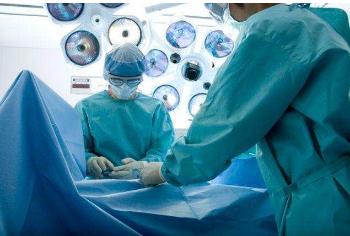 CHENNAI: A local consumer forum recently penalised the Government Kasturba Gandhi Hospital for Women and Children for deficiency in service after doctors removed the right ovary of a woman diagnosed with an abnormal medical condition in her left one. This led to the woman undergoing treatment in another private hospital to get her left ovary removed the following month.

A few years ago J Jayanthi, a resident of Tirisoolam, came to Kasturba hospital after she developed acute abdominal pain and vomiting. Prior to this, she tested positive in a urine pregnancy test. But medical tests at a private scan centre in West Mambalam suggested that she had a ectopic pregnancy in the left ovary, a condition in which the fertilised egg attaches itself outside the uterus therefore having no chance of survival.

Contradicting this report, the one given by Kasturba hospital suggested that she had a cyst in the right ovary. Based on this, the surgeon removed the right ovary through laparoscopy.

Jayanthi, however, still experienced pain and visited a private hospital in Royapettah. Doctors there found that a gestational sac with fetal pole was present near the left ovary and removed the same. Subsequently, Jayanthi approached the Chennai (South) District Consumer Disputes Redressal Forum.

Though Kasturba hospital argued that the diagnostic tests they conducted suggested that her left ovary was normal and a cyst in the right one, the hospital did not produce reports to substantiate the claim.

Based on the findings, the forum observed that treatment by the government hospital and administration of surgery was a mistake. The forum’s president M Mony ordered the hospital to pay 1.19 lakh compensation. This included medical expenses incurred by the complainant.