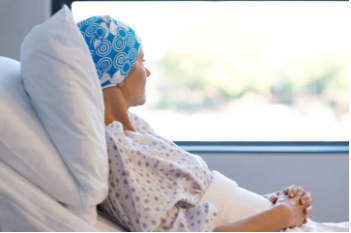 Boston: MIT researchers have developed an artificial intelligence (AI) system that can help reduce toxic chemotherapy dosing for the most aggressive form of brain cancer, potentially improving the quality of life for patients. Glioblastoma is a malignant tumour that appears in the brain or spinal cord, and prognosis for adults is no more than five years.

Patients must endure a combination of radiation therapy and multiple drugs taken every month.

Medical professionals generally administer maximum safe drug doses to shrink the tumour as much as possible. However, these strong pharmaceuticals still cause debilitating side effects in patients.

Researchers from Massachusetts Institute of Technology in the US detail a model that could make dosing regimens less toxic but still effective.

Powered by a “self-learning” machine-learning technique, the model looks at treatment regimens currently in use, and iteratively adjusts the doses.

Eventually, it finds an optimal treatment plan, with the lowest possible potency and frequency of doses that should still reduce tumour sizes to a degree comparable to that of traditional regimens.

In simulated trials of 50 patients, the machine-learning model designed treatment cycles that reduced the potency to a quarter or half of nearly all the doses while maintaining the same tumour-shrinking potential.

Many times, it skipped doses altogether, scheduling administrations only twice a year instead of monthly.

“We kept the goal, where we have to help patients by reducing tumour sizes but, at the same time, we want to make sure the quality of life – the dosing toxicity – doesn’t lead to overwhelming sickness and harmful side effects,” said Pratik Shah, from MIT.

The researchers’ model uses a technique called reinforced learning (RL), a method inspired by behavioral psychology, in which a model learns to favour certain behaviour that leads to a desired outcome.

The technique comprises artificially intelligent “agents” that complete “actions” in an unpredictable, complex environment to reach a desired “outcome.”

Whenever it completes an action, the agent receives a “reward” or “penalty,” depending on whether the action works toward the outcome. Then, the agent adjusts its actions accordingly to achieve that outcome.

The approach was used to train the computer program DeepMind that in 2016 made headlines for beating one of the world’s best human players in the game “Go.”

It is also used to train driverless cars in maneuvers, such as merging into traffic or parking, where the vehicle will practice over and over, adjusting its course, until it gets it right.

The researchers trained the model on 50 simulated patients, randomly selected from a large database of glioblastoma patients who had previously undergone traditional treatments.

For each patient, the model conducted about 20,000 trial-and-error test runs. Once training was complete, the model learned parameters for optimal regimens.

When given new patients, the model used those parameters to formulate new regimens based on various constraints the researchers provided. MHN MHN