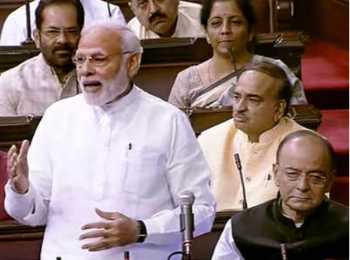 NEW DELHI: The Union Cabinet Thursday gave its nod to a pact on cooperation between India and Indonesia in scientific and technological sectors and also approved the signing of an MoU between the two countries in health sector.

The Union Cabinet, chaired by Prime Minister Narendra Modi, approved signing of the MoU between India and Indonesia which covers various areas of cooperation, including in research and development, active pharmaceutical ingredients and IT-based medical equipment.

It also covers cooperation in human resource development, health services, and other areas mutually agreed upon by both the countries.

“A working group will be set up to further elaborate the details of cooperation and to oversee the implementation of this MoU,” an official statement said.

The cabinet also approved a pact between India and Indonesia on scientific and technological cooperation, which was signed by Science and Technology and Earth Sciences Minister Harsh Vardhan and Mohamad Nasir, Minister for Research, Technology and Higher Education, Indonesia, at Jakarta in May.

“Signing of the MoU will open a new chapter in bilateral relations as both sides will now leverage complementary strengths spurred by a significant convergence of mutual interests in science and technology,” the statement said.

The aim of the pact is to promote cooperation in the fields of science and technology between India and Indonesia on the basis of equality and mutual benefit, it said.

“The stakeholders will include researchers from scientific organisations, academia, R&D laboratories and companies from India and Indonesia,” the statement said.