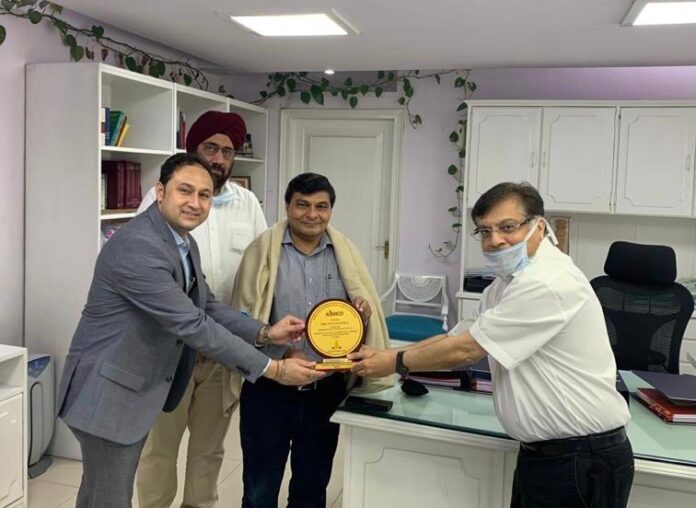 Dr Vaghela retired on September 30, 2020 as Secretary in the Department of Pharmaceuticals, Ministry of Chemicals and Fertilizers after his illustrious career in government. AiMeD, an umbrella association of Indian manufacturers of medical devices, covering all types of medical devices held a farewell meeting to express its indebtedness to him for what he did to promote Indian Medical Device.

During his tenure DoP sponsored 2 conferences for AiMeD on Regulations for enabling capacity building of the medical devices industry to enable them to be globally competitive. Dr. Vaghela initiated a 5% surcharge in budget as import duty protection to protect the beleaguered domestic Manufacturing while creating corpus for Public Healthcare. He did not allow price caps of stents & knee implants to be removed as sought by USA as that would have been detrimental to consumers and domestic manufacturers. Under his leadership DoP introduced a scheme for 4 Medical Devices Parks & PLI scheme as a make in India enablers under the Govt.’s Atmanirbhar campaign; the PLI Scheme is reportedly being revised to enable wider acceptability.

Mr. Vaghela lead by example and he along with his 2 Jt.Secy and team was available 24×7 on Covid related medical devices production debottlenecking issues during complete lockdown. 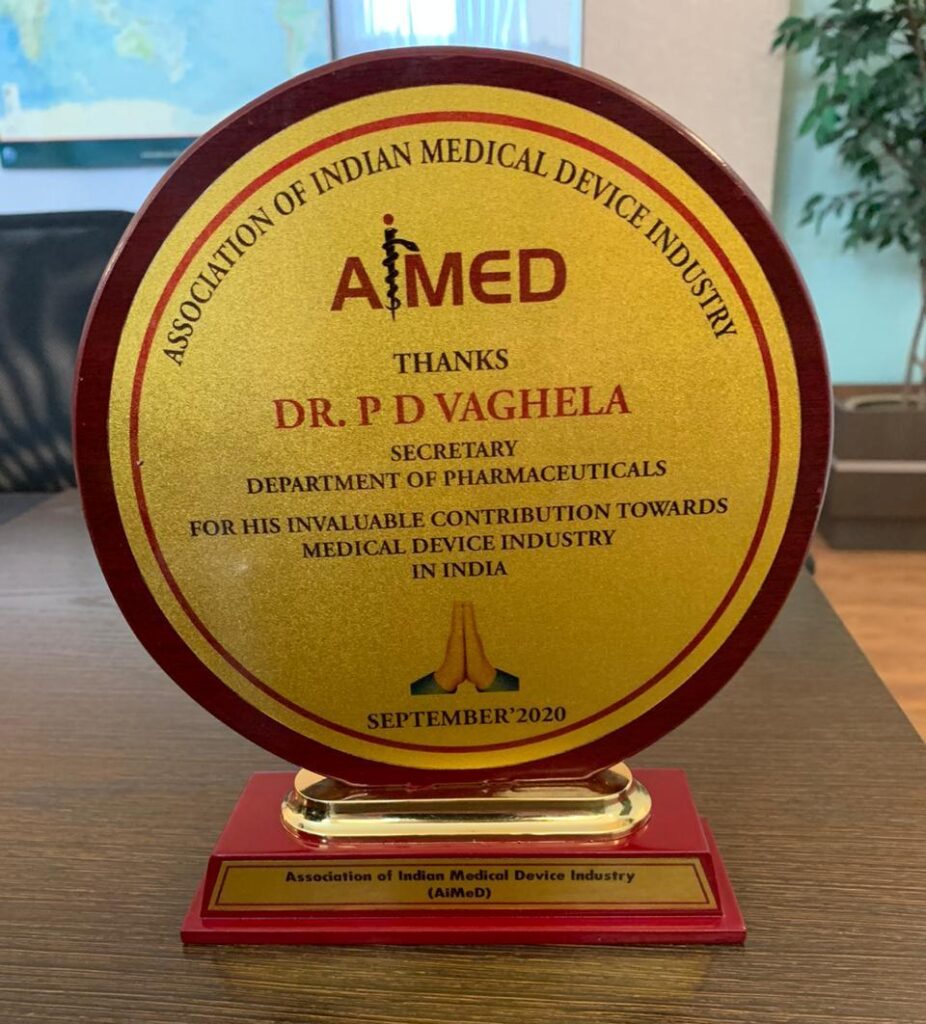 He also created Pharma & Medical Devices Bureau as a single window for current and potential investors. The otherwise sleepy DoP Dept. reportedly became motivated, active & sprightly & most staff moved under a new Pharma bureau in new offices in Jhandewalan. He even allocated specific duties in Dept. for Medical Devices which had been shunted in past amongst various officers for short durations without development of domain knowledge and ownership in the department. DrVaghela reportedly encouraged teamwork by providing leadership & direction. Even NPPA became facilitator in addition to being a regulator with onset of Covid.

Although the Indian Medical Device & Pharma industry is disappointed that the dynamic Dr. PD Vaghela departs from Dept. of Pharma on Sep 30th 2020 for his next career assignment as Chairman TRAI, various pharma& medical devices industry associations expressed their gratitude and wished him good luck and success in his future endeavors. They were hopeful that the next Secretary DoPS Aparna, an IAS officer from the Gujarat cadre 1988 will continue to take forward the good initiatives to make India Atmanirbhar in Medical Devices sector.

India imports over 85% of its requirement of medical devices and has a huge imports bill that crossed Rs. 42000 Cr last year due to nominal custom duties of zero to 7.5%.“We are glad that initiatives like Aatmanirbhar Bharat under leaders like Dr Vaghela will help India in the process to end the huge import dependency and will also strengthen India’s resolve to vie for being the 2nd factory in world for Medical Devices.” added Mr. Rajiv Nath.