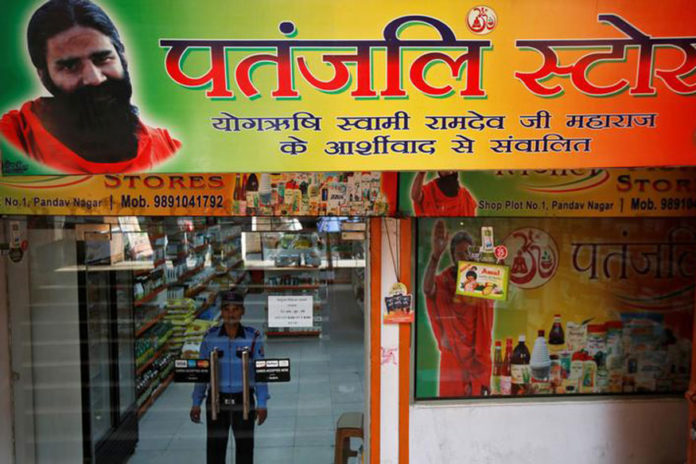 Anti-profiteering body investigating the Baba Ramdev’s Patanjali Ayurveda on the behalf of a complaint registered alleging that the Patanjali made profits with selling consumer goods like cosmetics, toothpaste, shampoo etc but not passed the GST rate cut benefits announced by the GST Council meeting in November 2017. Anti-profiteering (DG-AP) investigating the issue and scanning Patanjali records.
National Anti-profiteering Authority under GST has been set up by the Narendra Modi government to secure users’ interest and to ensure that companies pass the tax cut benefits to them.

A similar complaint was registered against FMCG firm Hindustan Unilever in January 2018 and the Directorate General of Safeguards (DGS) of the anti-profiteering body investigating the issue and took three of extension to scan company accounts. DGS mandates to finish and submit reports of investigation in three months under the anti-profiteering rules but can get extensions.

An extension has been approved as the process is time-consuming and DGS asked Hindustan Unilever Limited to submit about the prices of its entire range of products pre and post GST rate cut in November 2017. GST Council rationalized GST rates on more than 200 items on November 11, 2017, and the most of items were consumer goods.

There are some other cases as well like in April 2017 DGS sent notice to Jubilant FoodWorks to share their tax cut benefits on their restaurant services from 18% to 5% were passed to customers or not at its Dominos Pizza outlet. Brands like McDonald’s franchisees, Retail shopping outlet, Lifestyle International and a Honda Car dealer have also received notices for not passing GST benefit to the consumers.
According to the last available reports, Patanjali Ayurveda reported a 53.7% hike in its net revenue of Rs 1,193.8 crore in the year ended March 2017. In January 2018 Patanjali declared that the company is partnering with big e-commerce brands such as Amazon and Flipkart to sell Patanjali products online and hoping to double its revenue to about Rs 20,000 crore by next year.