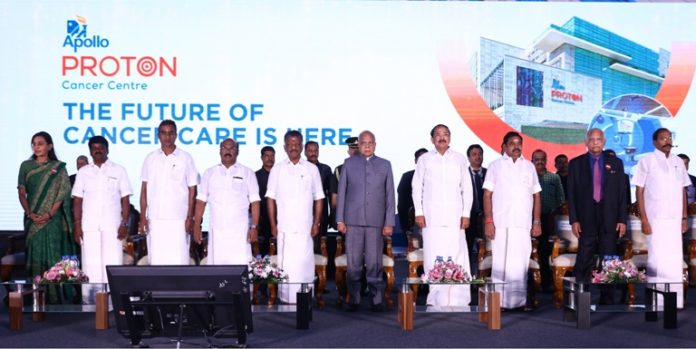 Chennai/ New Delhi: Apollo hospitals group is now one up on all other hospitals in India in terms of cancer treatments.

The hospital chain happens to be the first in South East Asia to open Proton Therapy Centre for cancer. The centre was inaugurated on Friday in Chennai by Vice President of India, Venkaiah Naidu. This addition makes the group a cut above the rest in oncology.

The APCC strengthens Apollo Hospitals’ position at the frontline in the war on cancer. The clinical advantages of proton therapy as compared to conventional radiation therapy are many, with more than 200,000 patients successfully treated worldwide. Proton beam therapy takes the fight to cancer with increased precision and greater dose delivery at the precise site of the cancer, minimizing damage to healthy tissue, better quality of life and a higher cure rate. This ultimately results in better results with fewer short and long-term side effects. 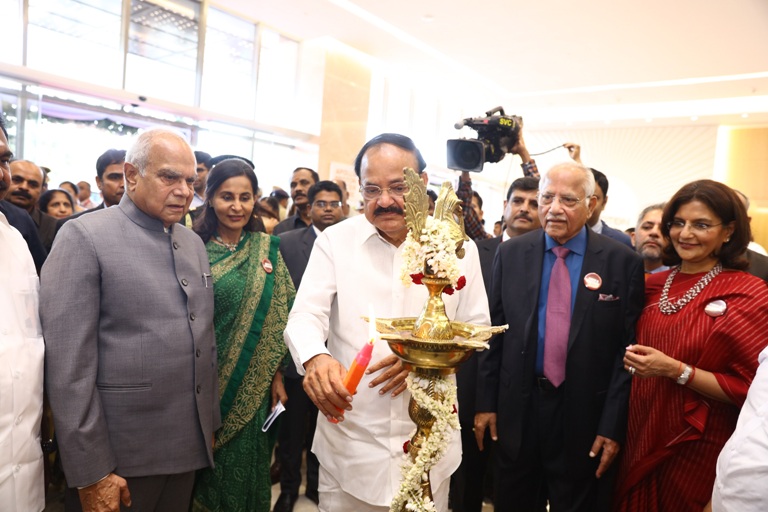 Speaking on the occasion, Mr Naidu said, ‘Cancer is a leading cause of death worldwide and is a major cause of mortality in India. My heartiest congratulations to Dr. Prathap C. Reddy and the Apollo Hospitals group on the launch of the first Proton Cancer therapy centre that will serve patients not just in India, but also our neighbours in South East Asia. This pioneering treatment also marks a new milestone in the medical journey of our country.’

Speaking at the launch, Dr. Prathap C. Reddy, Chairman, Apollo Hospitals Group said, ‘Today is a red letter day in the history of healthcare in India. The launch of the Apollo Proton Cancer Centre puts India on the global map for the best and latest in cancer treatment and will give new hope to cancer patients not just in India, but across South East Asia, the Middle East and Africa, i.e., countries that comprise over 40% of the world’s population! It is pertinent to note that even a first world country like the U.K. launched a Proton Beam centre just last month, in December 2018, making our achievement in bringing this best and latest medical technology to India truly praiseworthy. It is with a sense of pride that we dedicate the Apollo Proton Cancer Centre to the health of the nation!’

Ms. Preetha Reddy, Vice Chairperson, Apollo Hospitals Group said, ‘The state of the art Proton Therapy at Apollo Proton Cancer Centre introduces a new frontier in cancer management.’ Ms. Suneeta Reddy, Managing Director, Apollo Hospitals Group added, ‘Apollo Hospitals has been at the forefront of the incredible progress made by healthcare and oncology in India in the last three decades, so much so that a cancer diagnosis is no longer a death sentence.’

Proton therapy is effective against many kinds of cancer, but is particularly effective in challenging cancer sites including tumours affecting the eye and brain, tumours close to the brain stem, spinal cord or other vital organs, head and neck cancers, deep seated abdominal and pelvic cancers, recurrent cancers and paediatric cancers where children and young adults are at a particular risk of lasting damage to organs that are still growing.’