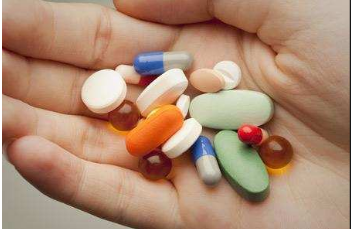 JOHANNESBURG: Aspen Pharmacare has lost about 45 billion rand ($3 billion) of its market value in just over a week in a sell-off sparked by concern over the South African company’s debt and the sale of its baby formula business.

The company’s share price has tumbled more than 35 percent since it posted full-year results and announced the baby milk disposal to French dairy group Lactalis.

Aspen, meanwhile, has said it will lower its debt with proceeds from the 11.2 billion rand sale of the infant milk business.

“I think the investment community saw it as a forced sale because they were about to breach their debt covenant. It is a highly indebted company,” said Mark Loubser, fund manager at Independent Securities.

Increased investor caution has also been a factor, said Vestact Portfolio manager Michael Treherne, citing the heavy losses made by some Steinhoff shareholders after the furniture retailer admitted in December to accounting fraud, which nearly tipped it into bankruptcy.

“Investors are just more cautious,” Vestact Portfolio manager Michael Treherne said. “Some investors are drawing parallels between Aspen and Steinhoff and are just saying, ‘I can’t afford another Steinhoff’.”

Some analysts attributed Aspen’s share price fall to an anaemic growth outlook and pressure expected across its therapeutic brands and other pharmaceutical brands.

The company, which also operates in Europe, is targeting organic revenue growth of between 1 percent and 4 percent in its commercial pharmaceuticals business for the 2019 financial year.

“I think it is much more to do with the past three years and the journey that Aspen has been on,” said Sanlam Investment Management fund manager Ricco Friedrich.

“The strategy that has been set may be falling short. Having said that, a 34 percent or more fall in share price on just a 6 percent miss in earnings is an overreaction.”