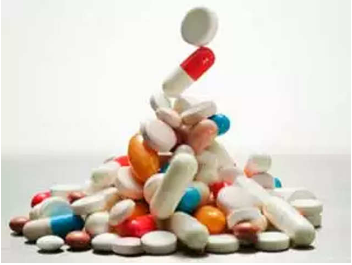 Mysuru: Nevirapine syrups and tablets, a key preventive medicine for those afflicted with HIV, is now available in Mysuru. Shortage of the medicine had left pregnant women and new mothers living with HIV, troubled. The city got the first batch of medicines on Wednesday afternoon.

The state government had issued a notice saying the drug will not be available until the end of October sending HIV positive mothers into a panic. Nevirapine syrup is given to babies born from HIV positive mothers within 72 hours of birth to reduce the risk of contracting the disease from their mothers.

The drug which was available at anti-retroviral therapy (ART) centers was out of stock. It was not available at private organizations as well.

After a 20-day delay, the city on Wednesday received its first consignment of Nevirapine syrups.

The essential drug was out of stock since the beginning of September. While NGOs were pulling out all stops to get the drug, new mothers and pregnant women were left wringing their hands and worried sick for their babies. People living with HIV were also deprived of combinations of Nevirapine.

Speaking to TOI, district AIDS prevention officer Dr Ravi said taking note of the urgency and complaints from NGOs in the city, the state government dispatched Nevirapine syrups for infants. “It is available at the ART centres and new mothers can avail it. Now there is adequate stock to cater to all pregnant and new mothers with HIV. Newborns are our priority,” he stated.

Chandrashekar, head of the city-based NGO Anandajyothi, said that he had written several mails to the authorities and health officers seeking supply of the essential drug. “When NACO replied stating a three-month delay in the supply of Nevirapine, we were shocked. The drug is a necessity for newborns and pregnant women. The drug was available at ART centres but not in medical stores in the city. Since 20 days, people with HIV, parents of newborn would visit hospitals and go back crestfallen. New mothers were worried as it was the question of their child’s health. Despite repeated requisitions, the medicine was delayed by 20 days,” he added.

According to statistics, the city currently has over a dozen HIV positive pregnant women.

Nevirapine syrup is said to reduce the chances of a newborn acquiring the virus from the infected mother. It is given to babies within 24 hours of birth up till 45 days.