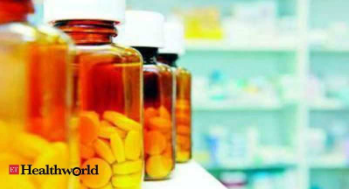 India’s largest drug maker Sun Pharma on Tuesday announced that the company’s partner Spanish drug maker Almirall, has received the approval from European drug regulators for its psoriasis drug Tildrakizumab (brand name Ilumetri in Europe). This European approval for Sun Pharma comes just few days after the company received the approval for its eye care drug Xelpros, giving markets the confidence that despite the inspections by regulators of its plants in the last few weeks, there is no cause for worry.

Tildra branded as Ilumia in the US is a biologic drug administered subcutaneously and is used to treat moderate-to-severe psoriasis. Sun will be vying for its share in the US$9 billion market, competing with drug makers like J&J, Novartis and Eli Lilly. Sun said that its partner will roll out this drug in Europe in the next few weeks.

In the last two months Sun Pharma has received approval for four drugs from its pipeline after a dry spell of nearly 2 years. Last week Sun and its research subsidiary SPARC received the USFDA approval for Xelpros used in the treatment of ocular hypertension. Taking the total portfolio of drugs launched from Sun Opthalmics to three, the previous two being Bromsite, and Cequa. The total potential of all these four drugs put together according to industry estimates is nearly $3 billion.

Sun’s finances too has turning around, giving much relief to markets that was waiting for nearly two years for the company to clean up its issues with the US drug regulator. For the first quarter ending July, India’s largest drug maker Sun pharma posted a consolidated net profit to the tune of Rs 953 crore beating street estimates. Sun’s total revenues grew by 16% to Rs 7423 crore from the previous year of Rs 6360 cr.