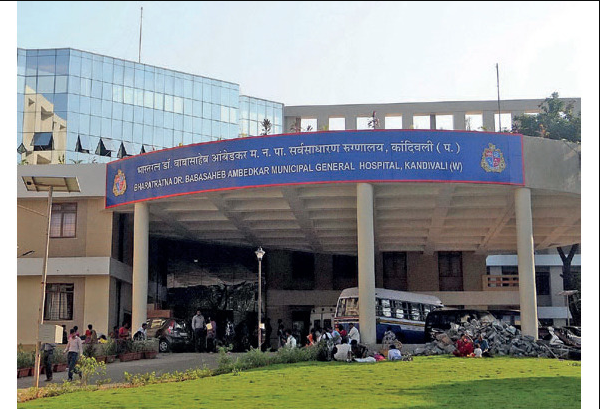 The state human rights commission has asked Babasaheb Ambedkar Municipal General Hospital, more popularly known as Shatabdi hospital, to cough up compensation of Rs 2 lakh each to three patients who were bitten by rats while undergoing treatment at the civic-run healthcare facility last year.

The commission, which took suo motu cognisance of the rat bite cases after coming across newspaper reports, also rapped the BMC for its “shocking response” to the rights body’s notice and for failing to take adequate steps to provide a healthy, hygienic ambience to the patients.

The order was passed by member of Maharashtra State Human Rights Commission (MSHRC) MA Sayeed on April 27. Sayeed has spoken about three patients, who were bitten by the rodents. Of them, Pramila Nerulkar has passed away.

If the BMC, which operates the hospital, fails to pay the fine, an additional interest of 12.5 per cent per annum will be slapped on it.

On October 3 last year, Borivali resident Nerulkar, who was recuperating on the first floor of the hospital after being admitted for a stroke, was bitten on her left eye by a rat. Some days later, another patient Shantaben Jadhav was bitten on the right foot. The name of the third rat bite victim is not available.

The incidents sparked a unique protest by BJP corporator from the area Kamlesh Yadav, who turned up at the BMC’s general body meeting with a rat, which he had apparently trapped at Shatabdi hospital, in a cage.

While mayor Vishwanath Mahadeshwar had expressed displeasure for disrupting the protocol of the house, Yadav said that he only wanted to point out that as a common man, he was able to trap rats while the BMC’s insecticide officers were unable to lay traps for the number of rodents scurrying past hospital corridors, ICU and even the operation theatres.

In its order faulting the authorities, MSHRC sought to make a similar point when it said that while the civic hospital had been revamped at a whopping cost of Rs 114 crore in 2013, rats are having a free run in the ICU and attacking patients.

Pulling up the BMC, the order says that the civic body did admit that the news reports about the rate bite cases were true, but at the same time, it patted itself “for having attended the patients and victims promptly and immediately”.

“A concern has been shown by BMC on the occurrence of the unfortunate incident in question and proceeded to elaborate the precautionary measures taken on war footing to avoid such incidents… But if such steps were taken before the incident, then how and in what way the rats could manage to sneak into patients’ wards is the crucial question to be answered by BMC,” the MSHRC said.

Continuing the criticism, the commission further stated that an analysis of the explanation provided by BMC makes it clear that a futile attempt has been made to cover up its own lapses.

The order cites the minutes of a meeting held on October 24, 2017, where superintendent of the hospital spoke about the lapses and said that the authorities woke up only after the unfortunate incident.

“The authorities were waiting for a mishap to happen,” the order says, directing the principal secretary of public health Dr Pradeep Vyas and municipal commissioner Ajoy Mehta to ensure that proper steps are taken to prevent a recurrence of such incidents.

Contacted, Dr Nitin Ahirrao, the acting superintendent of the hospital, said, “We are yet to get the order and hence, cannot say anything at this stage.”

MLA Chaudhari said that she had earlier asked the BMC to pay compensation to Nerulkar, who died later in the hospital. “The BMC has now put up nets at Shatabdi hospital to protect the patients from rodents. But it should have done so long back.”

Kamlesh Yadav, the BJP corporator, lauded the MSHRC’s decision as “very good”. “I did protest against the rat menace and I am happy that the victims have finally got compensation.”