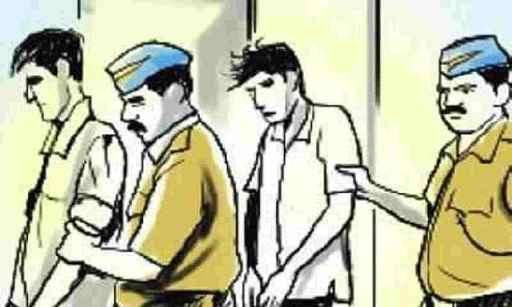 Dehradun : In a special investigation, two doctors with fake degrees of Bachelor of Ayurvedic Medicine and Surgery (BAMS) and another accused who allegedly provided the certificates have been taken into custody by the Uttarakhand Police Special Task Force (STF) on Wednesday. Similarly, 36 more fake doctors  have also been identified in the state.

Based on several tip-offs, the STF investigated for over one month and ultimately busted the racket of fake doctors in the state on January 11. Although the unit has arrested three people in connection with the case, 36 more doctors have been booked for allegedly practising with fake BAMS degrees.

The investigation also revealed that both doctors were registered with the Medical Council of India, Uttarakhand and practiced medicine by opening their own clinics at Premnagar and Raipur, respectively, on the basis of fake degrees.

By digging deep into the matter, the STF became aware of the person who allegedly provided these doctors with fake BAMS degrees. The person turned out to be the owner/chairman of the Baba Group of Colleges in Muzaffarnagar.

The investigation was conducted by two teams of STF police in which the first team nabbed the doctors with fake BAMS degrees and the second team raided the office of the accused who provided the fake degrees to the doctors and arrested him.

Speaking with HT, Senior superintendent of police STF Ayush Aggarwal said “In our investigation, we found 36 fake BAMS doctors are operating in Uttarakhand. They have all been booked. The investigation is also being done for the possible cooperation of the employees of the Medical Council of India (MCI), Uttarakhand with this racket.”

“Their fake BAMS degrees have also been recovered. They were operating their own clinics in Premnagar and Raipur areas respectively in Dehradun. Accused in their interrogation revealed that the fake BAMS degrees were given to them by owners/chairman of Baba Group of Colleges Muzaffarnagar, for about ₹ 80,000,  he said.

During the interrogation, it came to light that the fake BAMS degree offered to them was obtained by the owner/chairman of Baba Group of Colleges, Muzaffarnagar, for Rs 80,000. While checking his background, the second team of STF discovered that he is the history-sheeter of Muzaffarnagar Kotwali.

A raid was conducted at the Baba Medical College by the second STF team which revealed fake blank degrees from many state universities, fake currency and fake documents and many other coded documents.

The accused’s brother also came into the scene and is currently absconding after he learned about the raid at the college. An investigation is underway to nab him.

“During his interrogation, he revealed that hundreds of doctors in Uttarakhand and many other states were given such fake degrees by taking lakhs of rupees. The third accused’s brother fled as the STF team conducted the raid. Search is on to arrest him,said Aggarwal.

A case has been registered at Nehru Colony police station, Dehradun under IPC sections 420 (Cheating and dishonestly inducing delivery of property), 467 (Forgery of valuable security, will, etc), 468 (Forgery for purpose of cheating), 471 (Using as genuine a forged documents) and 120 B (Punishment of criminal conspiracy).