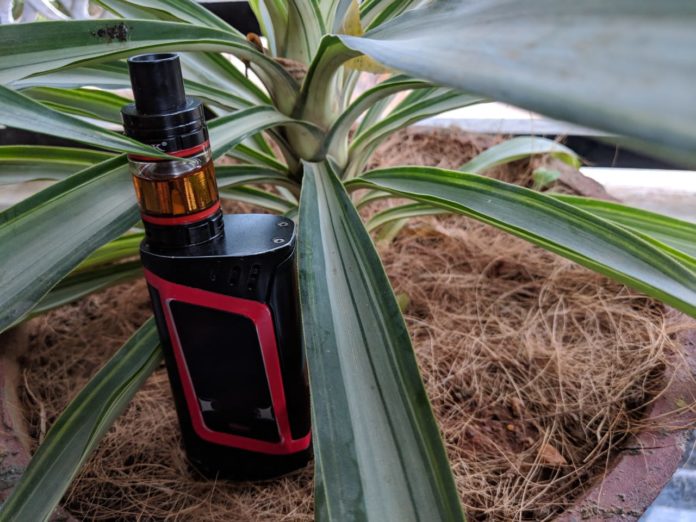 “In the meanwhile, we direct that the respondents (FDA and state government) will not proceed further by initiating any action against petitioner company as contemplated in the notice issues by FDA on July 6, 2019.”

On February 22, 2019, the Directorate General of Health Services under the Central Government had requested the State licensing authorities to ensure that Electronic Nicotine Delivery systems (ENDS) including e-cigarettes, Heat-Not Burn devices, e-sheesha, e-Nicotine Flavoured Hookah etc that enable nicotine delivery are not sold, manufactured, distributed, traded, imported and advertised in their jurisdictions, except for the purpose and in the manner and to the extent, as may be approved by the Drugs and Cosmetics Act, 1940. 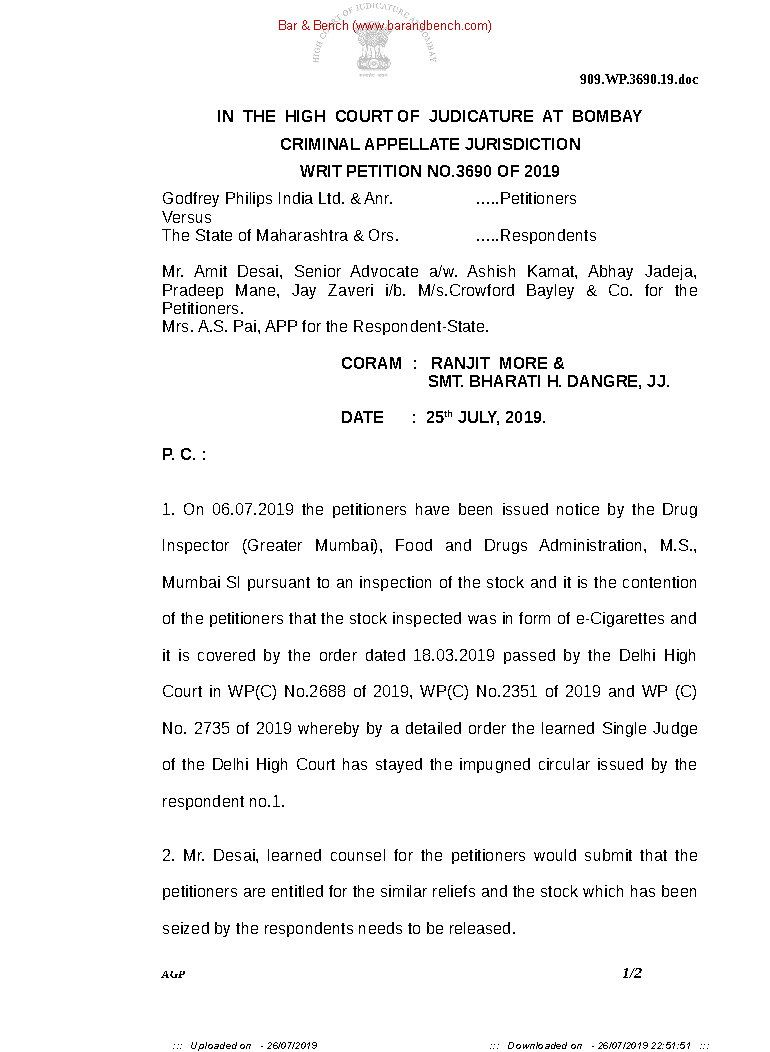 On August 28 last year, the Union Ministry of Health and Family Welfare had issued an advisory urging States and Union Territories to ensure that ENDS are not sold, manufactured, distributed or advertised, ostensibly to prevent their usage among the youth.

Following an advisory, in March this year, the Maharashtra FDA commissioner issued a direction to ban the storage, manufacture, distribution or advertisement of e-cigarettes in the state. Last month, the FDA carried out searches in the office and storehouses of the petitioner at different places and seized their e-cigarette products. On July 6, the FDA issued show cause notice to the Godfrey Philips for violation of the Cigarettes and Other Tobacco Products Act, and Drug and Cosmetics Act.

Appearing for Godfrey, Senior advocate Amit Desai referred to a Delhi High Court order passed in March this year whereby the Central Government’s decision to ban e-cigarettes and other Electronic Nicotine Delivery Systems in India was stayed. Desai argued that the petitioners are entitled to similar relief, including the release of the seized e-cigarette stock.

Desai also cited another Delhi High Court order passed in November last year, wherein it was held that an advisory passed by the Central government to prohibit the sale and manufacture of ENDS including e-cigarette and vaporisers is not binding on state governments.

Further, it was submitted that e-cigarettes are allowed to be sold around the world and that they are considered a less harmful alternative to smoking tobacco.

Additional Public Prosecutor Aruna Pai sought time to file a reply, which was granted by the Court. The matter has been posted for further hearing on July 30.