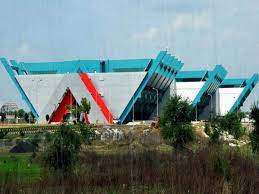 Nagpur : The office of the development commissioner (DC) has issued a communication to 31 companies allotted land in Mihan saying that it has been decided to cancel their permission to operate in the SEZ. This includes Patanjali Ayurveda, which has got over 100 acres of land in the SEZ.

The action comes following a review into the status of units in Mihan by the DC’s office. It was found that no records of letters of approval (LOA) were found for 11 companies, but land was shown in their name. For the rest, the LOA had expired, yet the land was in their name.

The LOA is the basic requirement for a unit to operate in an SEZ. In other words, it’s like a licence. The LOA comes from the DC office or Board of Approvals (BOA), in case the investor is a co-developer. Both come under the ministry of commerce. Each SEZ has a DC. The review shows that nearly half of the companies in the SEZ had a valid LOA or did not have one at all, said sources.

Patanjali, which has over 230 acres in the domestic tariff area (DTA) also has 106 acres within the SEZ. The company was allotted land in 2017. The LOA which expired after the first term was not extended, said a source.

Similarly, M/s Vipul Karamchand, a developer is shown to have 54 acres in its name. However, no records of LOA were found, the source said.

This is for the first time such letters have been issued from the DC. Sraman Vasireddy, the DC for Mihan-SEZ, confirmed the development saying that a response has been sought from the companies.

An independent source said this means the units may have to wind up from Mihan-SEZ or else even if the operations are taken up, the tax benefits would not be available. In all these cases, none of the companies has started operations, said sources.

The MADC, which is a state government company, has also been pulled up.

It all began with a review of non-starters. The companies are supposed to start operations within a year of the issuance of LOA. After that, extensions can be issued for 2-3 years. The subsequent extensions have to come from the BOA, said sources.

Five of the companies had taken co-developer status, which means they can let out to other investors. No work was done on the sites, said a source.

Without an LOA, the company ceases to exist in an SEZ. The next step would be to formally strike off these companies names, a source said.