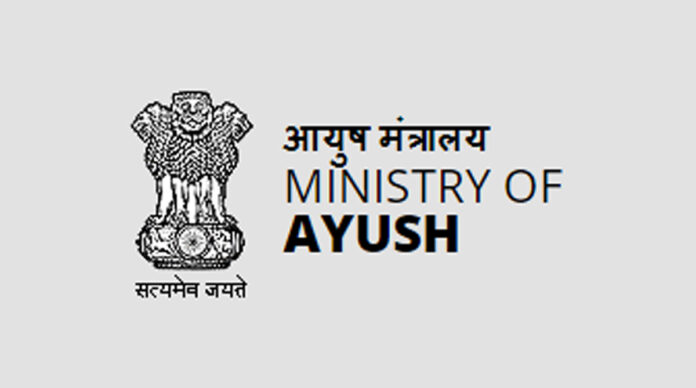 Benglauru : Union government has now approved the setting up of a new Ayush Export Promotion Council under the Ministry of Ayush. The move is expected to give a boost to the Ayush industry exporters.

This according to the government may represent 50 per cent of exporters representing 75 per cent of the value of exports.  An initial corpus of Rs. 1 crore may be created which should be increased to Rs. 3 crore in four years.

The approval for selling the Ayush products will be based on setting up representative body of the exporters of the sector. The proposal for Export Promotion Council follows the Foreign Trade Policy (FTP) including the provisions of Para 2.92 of the Handbook of Procedures of the FTP 2015-20. This would be along with the advisory of the department of Commerce and dated December 7, 2015.

The government has also indicated that Pharmexcil has been advised to extend the required support to the Ministry of Ayush and the industry in setting up the Export Promotion Council in accordance with the Foreign Trade Policy.

Ranjit Puranik, vice president, western region, Ayurveda Drug Manufacturers Association and managing director, Sri Dhootpapeswar, noted that it was the concerted efforts by Vaidya Rajesh Kotecha, Vaidya Manoj Nesari, and Pramod Pathak among other officials at the Ministry of Ayush who drove this to fruition.

Associations like ADMA, AMAM, AMMOI, GAMMA, KADMA, AMWA and others would have to start gathering membership to make the basic criteria of 50% exporters being represented and over 75% value of exports, he added.

“We would need a nationwide effort to make a reality. We are sure the corpus would not be an issue at all. Our own exports authority to guide, address and open market access is an important milestone,” said Puranik.

In an interaction with Pharmabiz, Puranik said, “This EPC has been announced at a very definitive time for the Ayush sector. The complete 180 degree horizon to come together on this platform will be in a phased manner where Ayush products will be followed by services, education and also with a special kind of attention extended to yoga and naturopathy.”

This is a very clear message given by the government of India which means that there is immense global potential for the Ayush sector. It also means that so long Ayush products exports came under Pharmexcil, Herbal Extracts was under Shellac & Forest Products Export Promotion Council (SHEFEXIL), medicinal plants under APEDA (Agricultural and Processed Food Products Export Development Authority). Now all of these are coming together under one forum EPC for Ayush. We need to take a larger picture of all of these when India is emerging as a 360 degree globalization of Ayush with knowledge of usage and need for education updates not just among the Ayush doctors but also related therapists will be a focus.

India’s Ayush products put up for retail sale for exports is around Rs.1,000 crore, medicinal plants and extracts are valued at Rs. 2,500 crore. The turnover of the industry in the country is Rs. 30,000 crore. There are 8,800 license holders of the Ayush industry.