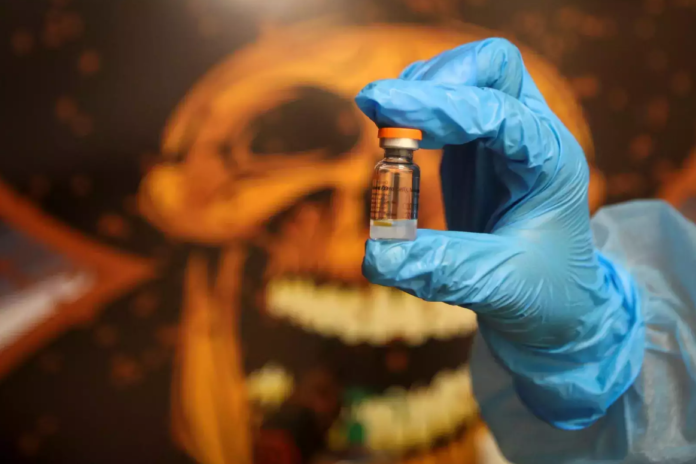 Beijing: Two doses of China’s CoronaVac vaccine offer 83.5 per cent protection against symptomatic Covid-19 disease, but antibodies generated by the jab work less well against the Gamma (P1) variant, according to two separate studies published in the science journal the Lancet.

The first study, led by researchers from the University of Campinas in Brazil and published in The Lancet Microbe, showed that antibodies from almost all of the people who were both partially and fully vaccinated with CoronaVac had no detectable effect on the P1 variant.

In contrast, the P1 variant was still sensitive to the antibodies in the plasma of those who had two doses in the immunisation programme (second dose 17-38 days earlier) but to a lesser extent than the B lineage virus.

The P1 variant was discovered in Manaus, Brazil, in early January 2021 and has 15 unique mutations.

Previous studies have found evidence that it can escape neutralisation by antibodies.

“Neutralising antibodies are an important component of the immune response against SARS-CoV-2. Therefore, the capacity of the P1 variant to evade antibodies present in the plasma of CoronaVac-immunised individuals suggests that the virus can potentially circulate in vaccinated individuals — even in areas with high vaccination rates,” said Jose Luiz Proenca-Modena, from the varsity’s Laboratory of Emerging Viruses.

However, interim data from a phase 3 trial published in The Lancet showed that two doses of China’s CoronaVac vaccine offer 83.5 per cent protection against symptomatic Covid-19 disease, and can protect against severe disease and death.

“Therefore, neutralising antibodies might not be the only contributing factor — the T-cell response may also play an important role in reducing disease severity,” Proenca-Modena said.

The phase 3 trial led by researchers from the Hacettepe University Medical School in Ankara, Turkey, indicates that CoronaVac induces a robust antibody response among 90 per cent of those who received the vaccine.

But, the antibody response decreased with increasing age in men and women.

CoronaVac uses an inactivated whole virus. The vaccine induces the immune system to attack the harmless form of the virus by producing antibodies to fight it off, leading to immunity.

Developed by Sinovac Life Sciences, the vaccine, which can be stored and transported at 2-8 degrees Celsius, has been approved for emergency use in 22 countries.

“One of the advantages of CoronaVac is that it does not need to be frozen, making it easier to transport and distribute. This could be particularly important for global distribution, as some countries may struggle to store large amounts of vaccine at very low temperatures,” said lead author Professor Murat Akova, from Hacettepe.

No severe adverse events or deaths were reported among the more than 10,000 trial participants in Turkey, with most adverse events mild and occurring within seven days of an injection.

However, more research is needed to confirm vaccine efficacy in the long term, in a more diverse group of participants, and against emerging variants of concern, the team said.

The studies will also be presented at the 2021 European Congress of Clinical Microbiology and Infectious Diseases to be held online between July 9 and 12.