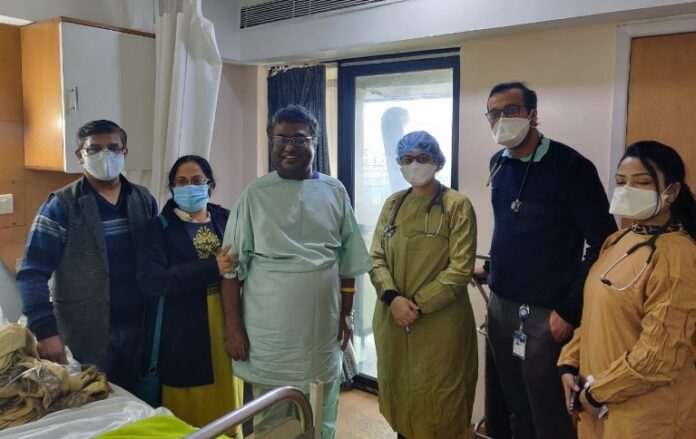 New Delhi: A resident of Noida, 49 year old man developed post COVID pulmonary complications in form of clots in the arteries of the lungs (bilateral embolism). The man had contracted COVID-19 in the mid of November and was being treated at a hospital in Noida. A patient with multiple co-morbidities like diabetes, asthma and hypertension, he went into ‘Cytokine Storm’ the most severe stage of COVID 19 and had been on oxygen support for more than 3 weeksin the ICU.

While he tested negative for COVID 19, the patient’s condition was constantly critical as he still required external oxygen support and suffered with shortness of breath without respiratory support. He would get breathless even on day to day activities like eating without oxygen. He was hence shifted to Indraprastha Apollo Hospitals on 11thDecember, 2020 under the care of Dr VinyKantroo, Consultant, Respiratory, Critical Care and Sleep Medicine. 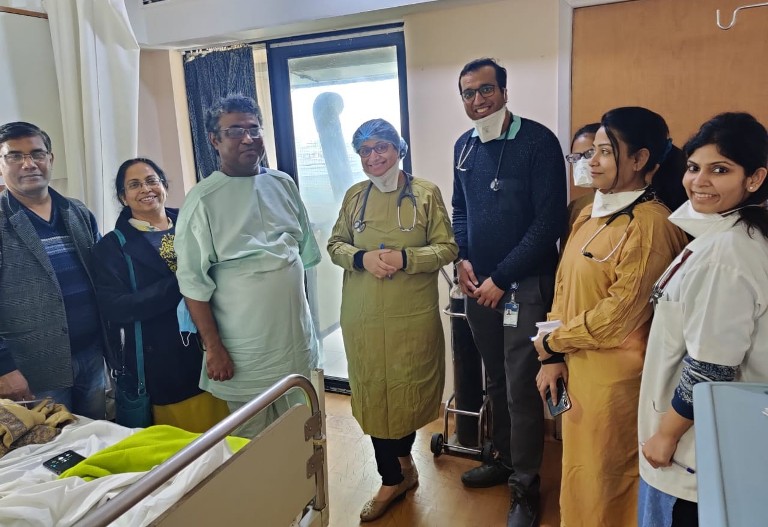 The patient was brought to Apollo in a state of breathlessness, severe chest infection and low oxygen levels requiring constant oxygen and respiratory support. After stabilizing him in the non- COVID ICU (as he had already tested negative for COVID 19) a CTPA scan (computed Tomography Pulmonary Angiography) revealed that he had developed bilateral pulmonary embolism that had not only compromised his lung function but had also started affecting his heart. His condition was deteriorating by the hour and further delay could be life threatening.

The case of this patient was especially challenging because with falling oxygen levels and bacterial infections his condition was already fragile. After doing a CTPA scan we discovered that he had developed clots in the arteries of his lungs that were further impacting the heart. He had also developed cavities in the lungs signifying fungal pneumonia. We immediately put on therapeutic doses of blood thinners in addition to anti-fungals. Once his oxygen saturation improved and he was able to maintain without respiratory support for some time, he was put on respiratory rehabilitation (regular chest, Limbphysiotherapy, nutritional and psychological support). Soon we were able to shift him out of ICU as his oxygen requirements came down drastically. He was discharged on 6th January 2021, after almost a month of treatment and rehabilitation in our hospital, and after about 2 months of being unwell.”