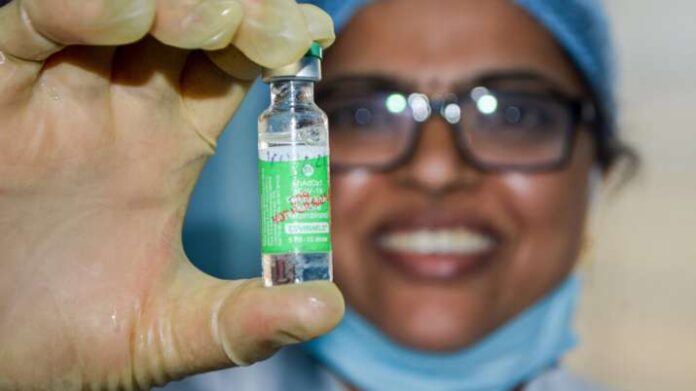 New Delhi : The government recently accepted the Covid-19 Working Group’s recommendation for extending the gap between the two doses of the Covishield vaccine from 6-8 weeks to 12-16 weeks. However, the dosage interval for Covaxin has been left unchanged and remains four weeks.

The decision to increase the interval between two doses of Covishield was taken because the first dose of Covishield can develop a strong immunity.

According to Indian Council of Medical Research (ICMR) head Dr Balram Bhargava, the immunity after the first dose of Covishield was found to be strong and that the three months gap will give the best results, a report in Times of India said.

However, the immunity level produced after the first dose of Covaxin is not as high and “this means the second dose should be taken after four weeks to ensure full efficacy”, the TOI report quoted him as saying.

Covishield, Covaxin and Sputnik V are the three vaccines that the DGCI has approved for emergency use in the country. Covaxin is an indigenous vaccine being manufactured by Hyderabad-based biotechnology company, Bharat Biotech. Pune-based Serum Institute of India is manufacturing Covishield — the local version of the Oxford-AstraZeneca COVID-19 vaccine. Sputnik V has been approved to be imported from Russia by Dr Reddy’s but is yet to be widely available in the country.

Covishield is made from an adenovirus isolated from chimpanzee poop which has been genetically changed so that it doesn’t grow in humans. The gap between two doses of Covishield was 6-8 weeks before the recent increase. According to studies, initially, the interval between two doses of Covishield was 4-6 weeks but then as more data became available and secondary analysis showed increasing the dosage interval to 4-8 weeks can have some advantage. The Covid-19 Working Group based on the available real-life evidence suggested that the interval should be extended to 12-16 weeks.

The group said that this is a dynamic decision and part of a periodic review.