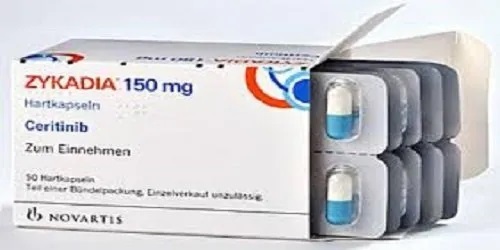 New Delhi : In a new development to the long pending dispute between Swiss pharma major Novartis and Hyderabad-based pharma firm Natco Pharma, a single bench of Delhi High Court has issued an order restraining Natco, its management and distributors from infringing the patent rights of Novartis on its cancer drug Ceritinib, branded as Zykadia internationally.

The decision comes in a petition filed by Novartis alleging that Natco Pharma is infringing the patent rights of Ceritinib by manufacturing and selling the drug in the market without obtaining a license from the company. Novartis holds the rights on the patent titled ‘Novel Pyrimidine Compounds and Compositions as Protein Kinase Inhibitors’, as assigned by IRM LLC to the company.

The dispute relates to a Markush structure (representations of chemical structures with variable substituents that are used in patent documents to specify groups of related chemical compounds, according to World Intellectual Property Organisation) and to Ceritinib.

Hearing arguments from both the sides, Justice C Hari Shankar observed that Natco’s submission that the suit patents are vulnerable to revocation on the ground of obviousness, as being anticipated from prior art, has failed. The Court also agreed to Novartis’ argument that the suit patent in the case is not anticipated or obvious from the cited prior art.

The Court, in an Order dated January 9, 2023, concluded that Novartis is the holder of the suit patent, “which claims Claim 1/Formula 2 and Ceritinib (in Claims 4 and 5).

“The suit patent continues to subsist till date and Natco has, without obtaining any license from Novartis, commenced manufacture and dealing in Ceritinib under its own brand. The defence of Natco, solely predicated on questioning the suit patent as vulnerable to challenge, cannot be treated as ‘credible’ in view of the above discussion and Novartis is, therefore, entitled to an injunction,” said the Order.

“In view of the above discussion, the defendant Natco, its directors, associates, licensees, franchisees, agents, distributors and others acting on its behalf are restrained from dealing in the infringing product NOXALK and/or any Active Pharmaceutical Ingredient, pharmaceutical product or formulation containing Ceritinib alone or Ceritinib in combination with any other compound or API, as would infringe the suit patent IN 276026 of Novartis,” said the Order.

The suit patent was granted by the Patent Office of India in favour of IRM LLC on September 30, 2016 and it remains valid till November 20, 2027. Novartis has been selling Ceritinib in India since May, 2016 under the brand name Spexib and internationally since 2014 under the brand name Zykadia. It is a preferred first line therapy for treatment of adult patients suffering from anaplastic lymphoma kinase (ALK)-positive advanced non small cell lung cancer (NSCLC), who are intolerant to Crizotinib.

The patent dispute between Novartis and Natco started with the latter filing a post grant opposition with the Patent Office in September, 2017. It has been also alleged that Natco launched its brand of Ceritinib in India on March 29, 2019, under the brand Noxalk even though the post grant opposition was awaiting decision by the Controller of patents.

In its petition with the Delhi High Court, Novartis sought a permanent injunction restraining Natco and all others acting on its behalf from directly or indirectly dealing in any formulation containing Ceritinib either alone or in combination with any other active pharmaceutical ingredient or other compound, as would infringe the suit patent.

The Court, through an order dated May 2, 2019, restrained Natco from manufacturing any fresh stock of the drug while allowing it to sell the stock already manufactured and lying with it. Meanwhile, the Controller of Patent revoked the patent in August, 2019 on the ground that it lacked novelty. Even as Novartis approached the Intellectual Property Appellate Board (IPAB), the appellate authority during the time, the Delhi High Court suspended continuance of its interim injunction granting liberty to Novartis to seek appropriate orders from the Court in the event of any order favourable to it being passed by the IPAB.

In July, 2020, IPAB stayed the revocation order, following which the Delhi High Court restored the interim restriction, which continued to operate till the latest order. IPAB, however, in September, 2020, set aside the Controller’s order, thus restoring the suit patent. Natco filed a Writ Petition against the order, on which no interlocutory orders were passed till the single bench order issued on January 9, 2023.