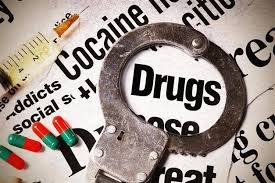 The police seized 1 kg of Alprazolam, and 5 mobile phones all worth Rs 10 lakhs at the instance of arresting the accused.

Alprazolam works by increasing the action of a chemical messenger which suppresses the abnormal and excessive activity of the nerve cells in the brain.

According to the police, two more accused namely Yogesh and Maheshwar who are residents of Nizamabad district, are absconding and have developed contact with S Muthu Kumar and A Soundara Rajan belonging to Tamil Nadu who supply and transport Alprazolam illegally and are purchasing the same from them at a price of Rs 5 lakhs per kg.

The police further said that they are using the same substance in making spurious toddy and are also distributing the same to other toddy sellers in the Nizamabad district.