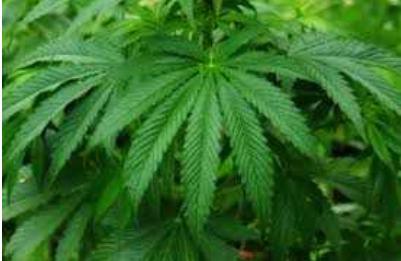 LONDON – Britain said on Tuesday it had no intention of legalising cannabis after a former leader of Prime Minister Theresa May’s party said the government had “irreversibly lost” the battle to drive the drug off the streets.

William Hague, leader of the Conservative Party from 1997 to 2001, urged the government to consider legalising cannabis to realise what he said would be economic and social benefits from pushing crime gangs out of the trade.

The drug falls into the Class B category in Britain, below the status of crack cocaine and heroin but on a par with amphetamines and barbiturates, with those found in possession facing up to five years in jail.

“This government has absolutely no plans to legalise cannabis and the penalties for unauthorised supply and possession will remain unchanged,” Home Secretary (interior minister) Sajid Javid told parliament, echoing words from the prime minister’s spokesman who denied the government had lost the war on drugs.

The rules governing the use of cannabis have hit the headlines in recent days after British officials seized a cannabis-based medicine used by a 12-year-old epileptic boy, Billy Caldwell.

The government was forced to use an exceptional power to release the medicinal oil however after the boy was admitted to hospital suffering from seizures.

While Javid ruled out changes to recreational use of the drug, he said the government had launched a review of the application of cannabis-based medicines.

“Cases like Billy’s … and others like him have shown that we now need to look more closely at the use of cannabis-based medicines in the healthcare sector in the UK,” he said.

Hague said the Caldwell case was one of those moments when a “longstanding policy is revealed to be inappropriate, ineffective and utterly out of date”.

“As far as marijuana, or cannabis, is concerned, any war has been comprehensively and irreversibly lost,” Hague wrote in the Daily Telegraph newspaper, reversing his previous tough approach towards drug law enforcement.

The use of cannabis for medicinal purposes is legal in many countries while others will not prosecute for personal use. Canada is on the verge of becoming the first Group of Seven nation to permit its national use.

Professor David Nutt, who resigned as the chair of a body which makes recommendations to the government on drugs, said an intervention by someone of Hague’s stature should spark a rethink but he thought the government would resist any changes.

“Cannabis is illegal for political not medical reasons,” he told Reuters.