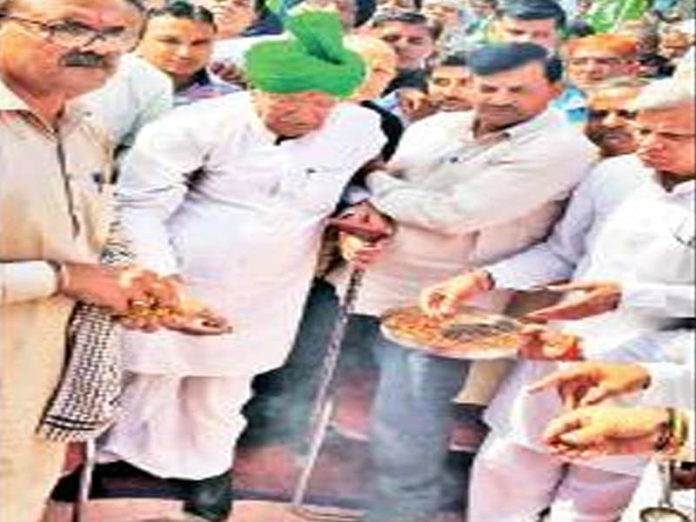 The site chosen for the hospital is situated on the Jind-Gohana road, providing easy access to healthcare for the people from Jind, Gohana, Kaithal, Kalayat, Narnaund and Meham areas.

Among those present during the laying of the foundation stone ceremony were INLD’s Haryana unit chief Ashok Arora and leader of opposition Abhay Singh Chautala, who is also the president of Jan Nayak Chaudhary Devi Lal Memorial Trust.

Chautala had earlier expressed concern over the deteriorating conditions of health services and education in the state during INLD’s Gohana rally organised on October 7 to commemorate the 105th birth anniversary of his father and former deputy Prime Minister Devi Lal. He had then announced that the trust would build a hospital to provide free healthcare to the poor and an educational institution in the state.