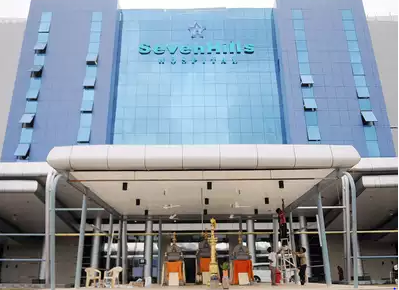 Billionaire BR Shetty’s Abu Dhabi-based NMC Healthcare—the largest private healthcare company in the UAE—has won the sale bid of the debt-ridden Seven-Hills Hospital in Marol by virtue of being the sole bidder.

Neither SevenHills nor NMC Healthcare was willing to divulge the bidding amount.

NMC Healthcare, which is listed on the London Stock Exchange, has a presence in 17 countries. Shetty, who moved to the UAE in 1973, was a renowned business tycoon. He was awarded the Padmashree in 2009 for his contribution in the field of trade and industry, and the ‘Order of Abu Dhabi’, the highest civilian honour bestowed by the Abu Dhabi government, in 2005.

The 1,000-bed Marol hospital, once touted as the city’s first 7-star health facility, was declared bankrupt by the Hyderabad Bench of the National Company Law Tribunal after SevenHills Healthcare defaulted on bank loans worth Rs 1,300 crore. The hospital chain went under the hammer this year after lenders initiated insolvency proceedings.

In the deal, Jitendra Das Maganti, founder and managing director, also lost his Visakhapatnam hospital and a bungalow in Hyderabad, which had been mortgaged against various bank loans. High-level sources said since the National Company Law Tribunal (NCLT) took up the insolvency case, Maganti has not been seen at the Marol hospital.

Sources had told Mirror in June that the Nita Ambani led Reliance Foundation was among the 15 entities which had submitted ‘expression of interest’ documents to purchase the hospital. They had predicted the base price would be around Rs 2,100 crore.
The BRS group not only turned out to be the sole bidder but also quoted a low price. Sources said Reliance Foundation bowed out of the race owing to differences with the BMC, which owns the 17-acre plot on which the hospital has been built.

Owing to the low bid, the Hyderabad bench of the NCLT has granted a three month extension till December to complete the corporate insolvency resolution process. Hospital authorities say this period will allow the tribunal-appointed interim resolution professional to negotiate a higher sale price with the BRS group as well as ask other bidders to come forward.

Sources, however, said the deal is as good as done, as a team from NMC Healthcare has been paying regular visits to the hospital to medical equipment vendors and suppliers as well as doctors to get an estimate of the pending dues. The Abu Dhabi-based healthcare provider plans to reopen the hospital next year. BMC officials said the dues of banks, hospital employees and vendors stand at Rs 2,100 crore.

A spokesperson of NMC Healthcare refused to comment on the sale. “The deal is still under process with the NCLT and, therefore, it will not be appropriate for us to comment on the matter,” said the representative in an email exchange.

SevenHills Hospital slipped into the red in 2013-14, consistently losing nearly Rs 150 crore every year after that. Over the past year, over 50 of its consultants have not received their salaries and its outpatient department (OPD) has been shut. Ten medical device vendors have cut supplies to the hospital over their dues.