Would give a war cry on August 13–Freedom from Diabesity

Delhi: Bariatric surgeries’ outcomes so far have established beyond doubt that obesity is the villain of the piece behind almost all the ailments including diabetes.

The main topics of the conference are- Infertility and Obesity, Joint Replacement or Bariatric Surgery? , Cardiovascular risk of Diabesity in India, Is Diabesity a medical disease? , Nutritional Management of Diabesity, Challenges for Kidney transplant in Obesity, Remission/ cure of co-morbidities after Bariatric Surgery etc. Dr.Narottam Puri would give a key note lecture: Quality in healthcare.

DMA is organizing this conference in association with The Institute of Minimal Access, Metabolic and Bariatric Surgery (iMAS) of Sir Ganga Ram. Union Health Minister, J.P. Nadda will be the Chief Guest.

The word Diabesity derives its name from Diabetes (Type2) and Obesity because of the close association between them. Obesity typically comes first and diabetes comes later. Outcomes of bariatric surgeries have led to conclusive proof that obesity causes diabetes. This inference seems reasonable because, the two often co-exist. According to bariatric surgeons, prestigious Journals like Nature and Lancet have concluded that diabetes is a surgical disease.  It has emerged as a panacea. 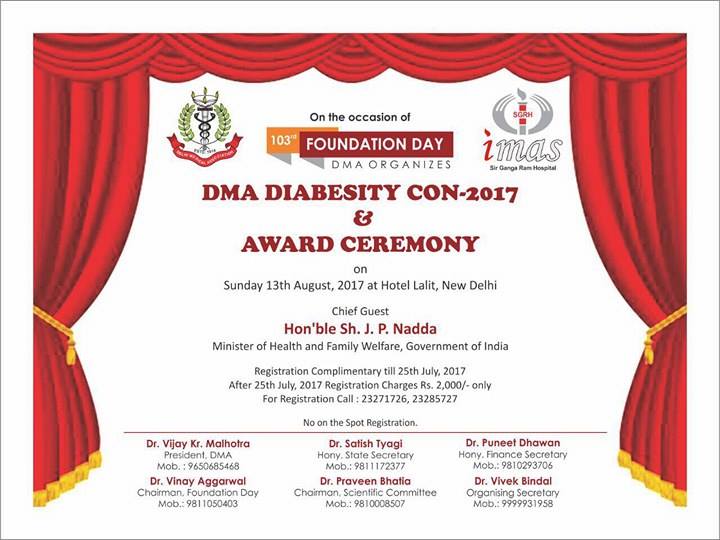