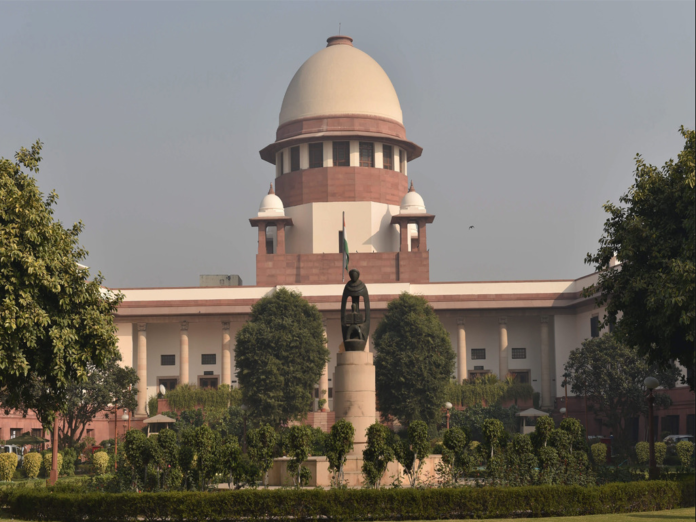 NEW DELHI: The Supreme Court on Monday said it was unacceptable that Delhi Metro Rail Corporation (DMRC) permitted leprosy patients to travel in the Metro only if they carried a medical certificate stating the disease was non-contagious.

A bench of Chief Justice Dipak Misra and Justices A M Khanwilkar and D Y Chandrachud said the DMRC’s stand, articulated through advocate A D N Rao, was unacceptable as no one disputed that leprosy was now completely curable with the advance in medical science.

The CJI-led bench said, “When no one is disputing the curability of leprosy, the Centre and states must remove the offensive legal provision discriminating against leprosy patients. The condition imposed by DMRC is unacceptable.” The bench also said mere removal of these provisions from the law would not be sufficient and governments must ensure every patient was given the medicines needed to cure the disease.

The court’s observation came on a petition filed by NGO ‘Vidhi Centre for Legal Policy’ which presented a pitiable picture — despite leprosy being completely curable, as many as 119 archaic central and state laws sanctioned isolation of those afflicted with the disease, dissolution of their marriage and debarment from educational institutions.

The NGO sought quashing of these 119 archaic laws as unconstitutional. Appearing for the Centre, additional solicitor general Pinky Anand said the government had prepared a cabinet note on repeal of archaic laws discriminating against leprosy patients and assured the court that action would be taken.

The bench said, “The seminal issue that arises for consideration in this petition is that there is no justification to keep a person suffering from leprosy away from the mainstream in the 21st century despite advancement of medical science, which has made the disease completely curable. The petition highlights that since leprosy is completely curable, patients should be integrated into society and not kept confined to leprosarium.

“Provisions in these laws unfairly discriminate against persons affected by leprosy by denying them equal treatment under personal laws, in matters of employment and appointment or election to public office, as well as access to and free movement in public places…”

Though Parliament repealed the Lepers Act, 1898, in 2016, it has not acted on the Law Commission’s recommendations to integrate them with society, the petitioner complained. It said though leprosy was completely curable with the advent of multi-drug therapy in the 1980s, Section 13 of the the Hindu Marriage Act, 1955, allowed dissolution of a marriage on the ground that the other party was suffering from a virulent and incurable form of leprosy.