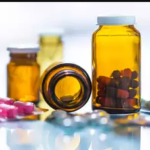 NEW DELHI: India’s drug regulatory body is creating a national digital database of pharmaceutical manufacturers and their medicines so that regulators can be more effective when acting on problems like drug shortages and quality issues, people aware of the development told ET.

Central Drugs Standard Control Organisation (CDSCO) is finalising software for this and plans to amend rules for drugs and cosmetics to make it mandatory for manufacturers to regularly put details of their facilities and products in this database, they said.

Currently, there is no comprehensive, real-time information on medicine makers in India and the central regulatory body relies on data from state authorities for specific queries, a person told ET on condition of anonymity. Often, states themselves are unaware of which drugs are manufactured in other states, another person said.

“Now, there is going to be a completely transparent system with proper data management,” said a senior government official, adding that the primary objective would be to get data on how many drug makers exist here.

The software will be ready and discussed during a meeting between centre and state drug regulators by the second week of April, the official said.

The new database would maintain names, addresses and licences of all manufacturers, therapeutic categories of their medicines and details like their dosages and forms, one of the sources said.

Once implemented, manufacturers will have to upload information of their existing facilities and medicines into the database within three months, after which state authorities would verify it through site visits.

The data will be used for various functions, including taking stock of manufacturers producing Active Pharmaceutical Ingredients (API), said the official. APIs are the key ingredients that give a drug its medicinal effects.

This would help improve response time during drug shortages due to reduction in API supply, according to a second official seeking anonymity. It could also help create better policies to promote the domestic industry, the person said.

The database may also be used to restrict manufacture or sale of specific medicines.

It will be a part of ‘SUGAM’, the e-governance portal of CDSCO. While an April 2017 notification shows the regulator already sought to create such a database, SUGAM still mostly deals with applications for licences from drug and vaccine makers, officials said.

The database is “essential” to promote better sharing of information between regulators in all states and the centre so that they can harmonise various activities, said quality by design cGMP (current good manufacturing practices) consultant Ranjit Barshikar. It will help in better planning of manufacturing site inspections and improve monitoring of product approvals, he told ET.

This would eliminate instances of different generic drugs being marketed with the same brand name. “Patients will be safer. There will be better clarity amongst manufacturers and regulators,” Barshikar said.

Dinesh Thakur, a public health activist who in 2013 exposed data manipulation issues at drug maker Ranbaxy, said, “Having updated information on manufacturers is a step in the right direction, but it is only one piece of the puzzle. Ultimately, the regulator needs to look at the overall picture, which is how the supply chain works in the country.”

CDSCO should also gather information on clearing and forwarding agents, retailers and pharmacies to better track the medicine’s chain of custody, he said. This would help in instances like recalls of specific medicine batches due to quality concerns, Thakur said.

In 2007, National Pharmaceutical Pricing Authority had published a directory of pharma manufacturing units in India, but said the details did not purport to be an authentic version of these units.