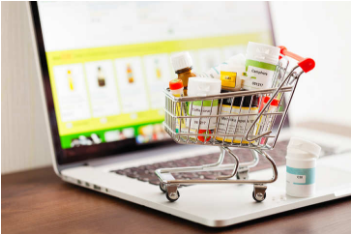 Bengaluru: Online pharma retail is becoming the next battleground for ecommerce players seeking to build a high-frequency play in India.

Flipkart, Amazon, BigBasket and Swiggy are all in exploratory talks to acquire, partner or invest in online pharma players including MedPlus, 1mg, Medlife, PharmEasy and Myra, according to entrepreneurs, investors and industry executives ETspoke with. For the ecommerce leaders, the online medicine-delivery category represents a significant strategic opportunity given easing regulations and its potential to drive repeat orders — a feature that has endeared grocery to Flipkart and Amazon.

Amazon has held talks with 3-4 online pharma players, including Medlife and MedPlus, according to people familiar with the developments. Medlife, run by the founding family of pharmaceutical company Alkem Labs, has held discussions with Flipkart as well, sources said.

“We have been in talks with two of the biggest (ecommerce) players but just at a very preliminary stage,” Tushar Kumar, chief executive of Medlife, said in an email reply to ET without disclosing the names of the ecommerce companies. “From what they told us, they are still at a stage where they are considering if they want to build this grounds-up or get into this category through acquisition mode.”

As for Amazon’s interest in MedPlus, which Factordaily first reported, industry experts said it was likely because of MedPlus’ network of 1,400 stores across India as well as for its online pharmacy.

“There is a possibility that Amazon would use these stores as delivery centres as they compete with Walmart, which is going after neighbourhood grocery stores. There is no clarity on how much stake Amazon would pick but a second round of discussion has already happened (with MedPlus),” said one of the people mentioned above.

Food-delivery platform Swiggy, too, is looking to diversify into delivering medicines as well, mainly through partnerships with e-pharmacies, according to sources. BigBasket, the country’s largest online grocery, is also expected to add medicine delivery, they said. Amazon and Flipkart declined comment. A spokesperson for Swiggy said the company “categorically denies this speculation.” BigBasket, MedPlus and Myra did not reply to queries from ET.

Dharmil Sheth, CEO of PharmEasy, said the company has been “talking to a lot of financial investors but the names you mentioned are not part of that and we haven’t received any offers from them. We may think of talking for financial investments at this stage. Acquisition is not on the cards.”

Prashant Tandon, CEO of 1mg, denied the company was “engaged in any such conversations with the players mentioned,” but added: “ePharmacy is the last (business-to-consumer) frontier remaining as far as product marketplaces are concerned in India (and around the world), and everyone would want to evaluate if they can get a piece of this action.”

The interest in e-pharmacies has increased after the Ministry of Health and Family Welfare in June issued a draft policy for regulating the sector, promising better clarity for the online medicine-delivery space.

“Earlier, it was a grey area, but now some of the regulatory hurdles have cleared up. There is larger interest because of this,” said Ujjwal Chowdhury, engagement manager at RedSeer Consulting.

“The e-pharma players are also seeing traction now. So, somebody like a hyper-local player would be very interested in this space because it helps them do a better utilisation of their on-ground fleet.”