New Delhi: If you are a cricket freak and have experienced sudden loss of vision in any of the eyes in April and May, you may impute it on IPL (Indian Premier League), the cricketing extravaganza.

IPL is for sure a feast for the eyes but it may also lead to fatal flaws in your eyes. Given the sudden surge in Retinal Vein Occlusion around the cricketing event, you may well call it Eye PL. 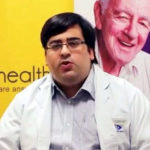 Talking to Medicare News, Dr Ritesh Narula, retina expert in Centre for Sight eye hospital at Dwarka, said,’ The adrenaline rush and excitement generated by IPL and other sporting events like FIFA football World Cup in people who suffer from diabetes, high blood pressure and other cardiovascular conditions may spell retinal mishaps. So a sudden spurt in retina events may well be imputed on IPL. Such Indian population is kind of sandwiched between IPL and FIFA this year, which begins June 14. In case of any eye event, delay in going to doctor may result in permanent loss of vision.’ 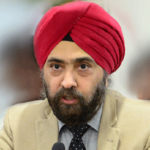 Dr Narula further said, ‘ Excitement and emotional stress during high octane sporting event leads to Retinal Vein Occlusion in which vein taking blood back from retina to heart bursts leading in turn to leak of blood and excess fluid in retina. This leads to sudden blurring of vision and is an emergency. RVO is quite prevalent in India. Retinal Arterial Occlusion or eye stroke may also occur but rarely. In RAO, clot appears in retinal artery. It is also an emergency.’

A global study done keeping in mind FIFA noted an explosion during 2014 Football World Cup in cases of Retinal Vein Occlusion. A common cause of vision loss, it is more common in people with cardio vascular diseases. Researchers of the study compared the number of cases treated at a German University eye clinic during and four weeks after the 2014 World Cup with the same period in 2013. They found a definite increase and concluded it can be assumed that the emotional stress caused by a world cup is a risk factor.

Eye specialist advices to take particular precaution this time around as hot on the heels of IPL, FIFA, equally adrenaline fomenting event, begins. There is a big chunk of Indian population who is also football world cup buff and remain riveted on the event.