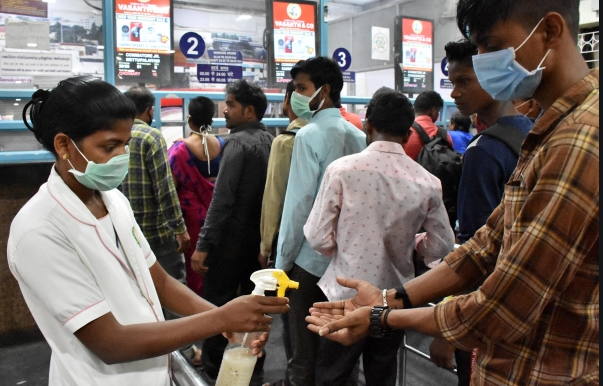 Himachal Pradesh: An FIR was lodged against chemist for selling N95 masks at over four times higher than the fixed price in Kangra district amid the COVID-19 outbreak

The Medical store was located at Dr Rajendra Prasad Government Medical College (RPGMC), Tanda under Section 3/7 of the Essential Commodities Act at Kangra police station on a complaint by the district food and civil supplies department.

Jasbir Singh (Additional SHO of Kangra police station) said that, “the FIR had been lodged against pharmacy owner Rakesh Vohra. However, the accused had not been arrested so far as the investigation is pending. If the allegations are proved against him in the court, he may be jailed up to five years under the provisions of the Essential Commodities Act.

Kangra District Controller of Food and Civil Supplies Narinder Dhiman said that, “the FIR was lodged after the chemist had been found selling N95 masks at Rs 500 each against its fixed selling price of Rs 115.50. The department received the complaint from public against the chemist selling masks at higher rates.”
Dhiman sent two food and civil supplies department inspectors under the guise of customers to collect the evidence. The inspectors were also quoted Rs 500 for each mask by the pharmacy.

Dhiman was also accompanied by a team who raided the shop and seized the chemist’s stock of 100 black coloured and 15 N95 masks.

“The chemist had purchased N95 masks at Rs 105 each as per the billing and was supposed to sell it at Rs 115.50 with a maximum 10 per cent margin of profit as per the notification but he was found selling it at Rs 500”. Dhiman said