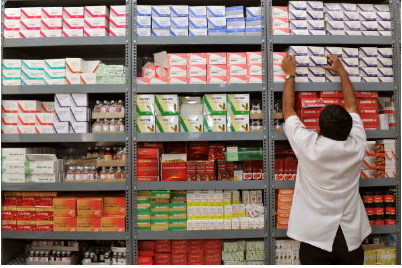 CHENNAI: Companies marketing medicines in India will soon be liable for violations of drug regulations that could lead to spurious or substandard medicines even if they aren’t manufacturers of these medicines, deputy drug controller of India Shanthy Gunasekaran said here on Saturday.

The Drugs Technical Advisory Board had recently approved a proposal to amend the Drugs and Cosmetics Act to check lapses in the quality of medicines and penalise marketing firms that violate the regulations, she said at the fourth edition of the Pharmac South, India Drug Manufacturers’ Association meeting held in Chennai.

“A pharmaceutical major may buy medicines manufactured by smaller companies. In case of a violation, neither of them is willing to own responsibility. As per the existing law, only the manufacturer is responsible. The idea of the amendment is to make everyone feel responsible,” she said. The draft copy of the amendment will be available for public opinion soon, she added.

About 4.5% of the drugs in the Indian market are substandard, according to a survey by the Central Drug Standard Control Organization, the official regulatory authority. “But a bigger problem is that of packaging and labelling information,” said Tamil Nadu state drug controller Sivabalan.

“The problem occurs because many times it is the marketing company, not the manufacturer, that does the packaging and labelling. It contains important information such as dosage and usage instructions. A lot of information is lost when the manufacturer does not provide it,” he said.

The meeting is held to give small industries an opportunity to exhibit their strength and capacity to larger companies. “We have been doing extremely well in both imports and exports in the past few years. Last year, our growth was slow because of the GST variations, but now the market has stabilised and growth is in two digits. We export products worth $17 million and bigger companies are increasingly using idle capacity in smaller companies. This is one of the platforms for them to meet,” said S V Veerramani, past national president, Indian Drug Manufacturing Association.