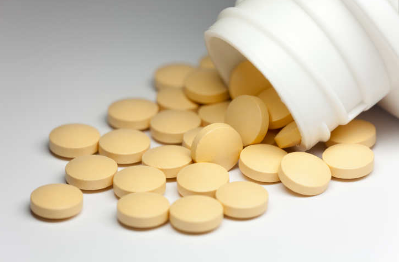 MUMBAI: Aurobindo Pharma is in final negotiations to acquire Mallinckrodt’s specialty generics business in the US—including its portfolio of opioid-based painkillers—for $850-900 million after talks resumed in May, said multiple sources aware of the matter. The potential transaction, against the backdrop of the opioid crisis in the US, will be among the largest cross-border acquisitions by a domestic pharmaceutical company in recent times.

Lawyers from both sides are drafting environmental and legal indemnities before a final announcement, expected later this month.

It is also among the world’s largest manufacturers of bulk acetaminophen and its only producer outside Asia. In 2017, the company received about one-third of the US Drug Enforcement Administration (DEA) quota for manufacturing controlled substances in the US market. Among the large, generic, controlledsubstance providers, Mallinckrodt is also the only generic manufacturer that has its owncontrolled substance active pharmaceutical ingredient (API) manufacturing capability.

But the UK-based multinational has been in the market to sell the US unit since the first quarter of 2017 through a Credit Suisse-mandated formal sale process as part of a global strategy of pivoting toward higher-margin branded drugs and complete a gradual shift away from its original focus on generic drugs and nuclear imaging. But since specialty generics include opioid products, whose sales and earnings have been hard hit, the company had received disappointing bids. The segment’s operating income for fiscal 2017 fell to $231.5 million from $376.1 million in the previous year. Operating margin narrowed to 27.6% from 36.7%. Net sales fell by $185.7 million.

Aurobindo in last lap to buy Mallinckrodt’s US generics business

Thus the initial valuation of $2 billion was revised to $1.5 billion, then even lower, as heightened perceived political and regulatory risks had a negative impact.

The Trump administration has declared opioid addiction a public health emergency and drugmakers find themselves under scrutiny for allegedly contributing to the “addiction” crisis. In May, India’s third-largest drug maker Lupin made an impairment provision of Rs 1,400 crore for Gavis Pharma, a company it had bought for $880 million three years ago for its portfolio of controlled drugs, after realising profitability was not as strong as expected.

Last September, Aurobindo disengaged with Mallinckrodt while peer Intas Pharma had remained in active bilateral dialogue till earlier this year. The regulatory spotlight in the US increased legal risks, which led to talks fizzling out until they were revived earlier this year by Aurobindo and Mallinckrodt. ET was the first to report on talks being revived on March 23.

FOR SCALE & PRICE TAG
For Aurobindo, a possible deal offers a unique opportunity to scale up its same-line business in the US inorganically, despite the timing, said analysts close to the company. Moreover, the price will be compelling—pegged at 3.5-4 times EBITDA. Other global generics transactions have taken place at 10-14 times forward EV/EBITDA multiples. Even then, this will be higher than Aurobindo’s consolidated FY18 EBITDA of Rs 3,315 crore. Aurobindo is a leading manufacturer of APIs.

A deal would include two manufacturing facilities as well, said the people cited above. Aurobindo is also looking to insulate itself from legal and environment-related lawsuits for at least the next seven years as part of negotiations.

“The indemnities are critical and has been most time consuming considering the regulatory landscape in the US,” said one of the people mentioned above. “They will also acquire the DEA quotas and, in a controlled business such as this, it will be strategic.” A Mallinckrodt spokesperson declined to comment on market speculation while there was no response to emails sent to Aurobindo managing director N Govindarajan.

Earlier this month, Aurobindo received final approval from the US health regulator to manufacture and market Ibuprofen capsules used to relieve pain and reduce fever. The approved product is a generic equivalent of Pfizer’s Advil Liqui-Gels Capsules. The product will be launched in September.

The rising number of Aurobindo’s niche specialty products has been positive for margins, which improved to 23% in FY18 from 15% in FY13. Aurobindo has been changing its product mix to high-margin formulation sales (82% overall in FY18 from 56% in FY13) and has made strategic acquisitions in Europe and the US such as Atavis and Natrol in 2014. The overall US business contributes 45% of Aurobindo’s Rs 16,500-crore revenue.

It has filed 16 abbreviated new drug applications (ANDAs) in controlled-substance therapies that have an addressable market of $1.6 billion in the US. “We expect Aurobindo’s US business to clock 11% compounded growth over FY18-20,” said Reliance Securities analysts. “While US (over 40% of revenue) prospects are improving, the European business is not far behind. Europe, which contributes more than a fourth to its revenue, is also seeing a margin improvement. While all these should enhance Aurobindo’s earnings, a weak rupee will only add to its kitty.”