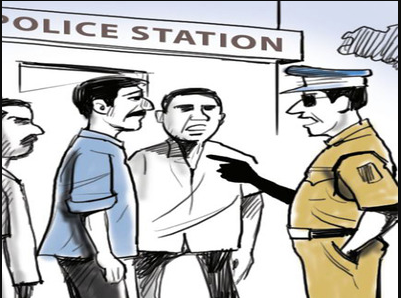 NEW DELHI: A gang of criminals targeting students appearing for MS/MD/PG diploma courses through NEET-PG examinations is on the radar of Delhi Police after several candidates complained that they were contacted by unknown people offering them question papers and higher ranks in lieu of money. The gang had personal details of the candidates.

National Board of Examination (NBE), which conducts the test, told police that it conducted NEET-PG 2018 on January 7 in which approximately 1.28 lakh students appeared. The computer-based exam was conducted across 150 cities. The results were declared on January 23.

NBE received a complaint from a candidate’s father on January 30 through an email informing that unknown people were constantly contacting his daughter offering help in securing a good rank in the NEET examination. The girl’s father shared four audio clips of the reported phone calls with the board’s senior officials.

“In the phone conversation, the fraudster demanded money from the complainant to help his daughter secure a good rank. To legitimise his claim, he provided personal details of the candidate, including her date of birth, address, application form number and Aadhaar number,” a senior police officer said.

The fraudster also promised the girl’s father that he would help her get a post graduate seat in a government hospital. The father then approached NBE seeking confirmation if the said person was working with the board, which was denied by senior officials.

The candidate’s father then sought clarification from NBE as to how his daughter’s personal details were leaked to an outsider. Suspecting a bigger breach, the organisation initiated an internal inquiry and later approached police.

A case under IPC sections of cheating by personation (419), cheating (420) and attempt to commit offences punishable with imprisonment for life or other imprisonment (511) has been registered, DCP (Dwarka) Shibesh Singh said.

Cops are analysing the audio clips and have called in forensic experts to ascertain their authenticity. The phone numbers used by the criminals have been put on technical surveillance.

Investigating officers are trying to track from where the candidate’s data was pilfered. Similar instances were reported by candidates who had earlier appeared for the NEET examination for MBBS admissions. Then, many candidates who had cleared the examination had received text messages promising a medical seat in a private college for a minimum of Rs 10 lakh.

The autonomous body told police that the role of NBE is limited to conducting the examination, declaring the merit list and providing it to the central and state governments. “The allotment of seats is done by the governments and we have no role in it. The NEET-PG 2018 examination is a high stake sensitive examination and any foul play in it shall affect the future of medical professionals,” the organisation stated in its complaint.