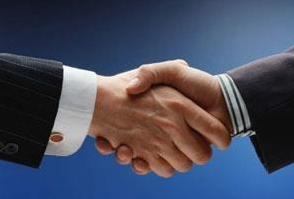 Mumbai: Bankers on behalf of Metropolis Healthcare, one of India’s largest pathology labs networks, have approached Fortis bidders to acquire SRL Diagnostics through a spinoff deal.

At least five bidders are in the fray to acquire Fortis Healthcare, which holds a 56% stake in SRL. Among them, only Manipal Health Enterprises, backed by TPG, has explicitly stated that it intends to keep the diagnostics business.

“Bankers approach us with proposals, but we are not pursuing it seriously at this point,” Ameera Shah, Metropolis CEO and MD, said on the phone. Metropolis has private equity giant Carlyle Group as a significant minority shareholder, while founder Sushil Shah’s family has majority ownership.

Multiple suitors, including private equity firms Apax Partners and Everstone Capital, were in active discussions when The Fortis board approved a takeover proposal from Manipal in March this year. The arrival of rival offers has renewed deal making discussions.

Fortis board has decided to engage with binding offers — from Manipal and a joint bid from the family offices of New Delhi-based business groups, Munjals and Burmans. It will be interesting to watch whether Munjals and Burmans, who are said to be frontrunners for Fortis acquisition, would retain SRL.

IHH and Radiant Life Care, which have made non-binding offers, are unlikely to keep the diagnostics network that has 376 labs and more than 6,300 collection points across the country. India’s notoriously fragmented diagnostics market is showing early signs of consolidation. SRL, Dr Lal PathLabs, Metropolis and Thyrocare are the leading players in the sector.