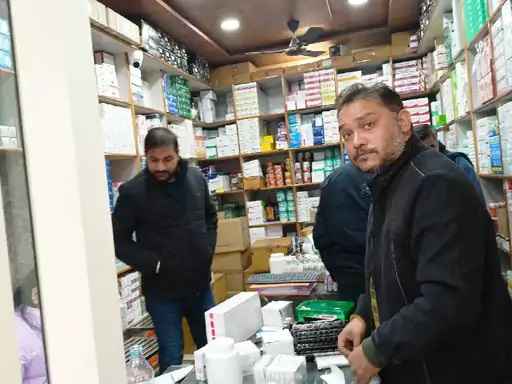 As soon as the teams of the Drug Administration Department reached the Zilla Parishad market on Friday, panic spread among the drug agency owners. Assistant Commissioner(Drugs) Shashi Mohan Gupta said that teams of drug inspectors of Saharanpur, Muzaffarnagar and Shamli are being formed and various medical agencies of Zilla Parishad are being investigated.

He said that during the investigation, the supply of sub-standard, spurious and banned medicines and irregularities are also being investigated. Told that the team includes Drug Inspector Pawan Kumar Shakya of Muzaffarnagar, Luv Kush Prasad of Saharanpur and Nidhi Pandey of Shamli.

For a few days, the Drug Administration Department was receiving complaints about the supply of drugs from the Zilla Parishad market in the neighboring districts. If sources are to be believed, after the complaint made at the government level, a team of drug inspectors under the leadership of Assistant Commissioner(Drugs) Shashi Mohan Gupta has been sent for raids.