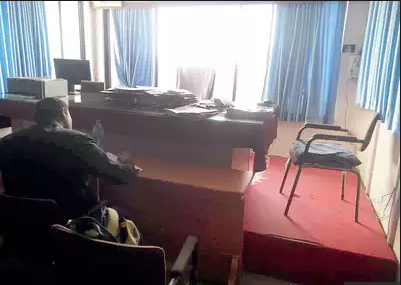 The state FDA (Food and Drug Administration) has been instructed by the chief executive officer of FSSAI (Food Safety and Standards Authority of India) to change the court like set up stating that this is wrong.

Acting on a complaint from licensees, authority CEO advises state FDA against elevated desks for joint commissioners. AFDLHA (The All Food and Drug Licence Holders Association) said in the written letter claiming that the court-like setup in FDA offices is unethical and misleading to the FSSAI and the state commissioner of FDA. The AFDLHA also mentioned that even the joint commissioners of the FDA, who conduct hearings in these court-like setups are not empowered to do so according to the Food Safety Standards Act, 2006. The FSSAI ruling comes even as the state FDA commissioner is yet to look into the complaint.

According to “The Food Safety Standards Act, 2006”  which states that when any food sample found suspicious during an investigation and proved by lab reports, then a case has to be filed against persons or institutes found guilty. The case has to be heard by the adjudicating officer, as per the rule and then he/she can penalize the culprit according to the case. He said it is mentioned clearly in the 2006 Act, that the adjudicating officer cannot be below the rank of the additional district magistrate.

The Maharashtra FDA handling investigation of cases and notifications is issued by the joint commissioners, as they are adjudicating officers with a pay scale at par with additional district judges. The director of FSSAI, who is the implementing officer of the Act had also clearly stated in a letter, ‘It should not be mistaken that a state government officer with a pay scale on a par with the ADM can be notified as adjudicating officer’, This letter had been written by SS Ghonkrokta, former director of FSSAI, to the state government in June 2011.”

Pawan Kumar Agarwal( A chief executive officer, FSSAI) discussed and agreed that the arrangement is wrong and it should be changed. They planned to review the arrangements. They also discussed the similar arrangement adopted by the Gujarat FDA but they have changed it already. FSSAI advised the Maharashtra FDA to change it also. The state FDA is examining our suggestion and we are sure they will change it.