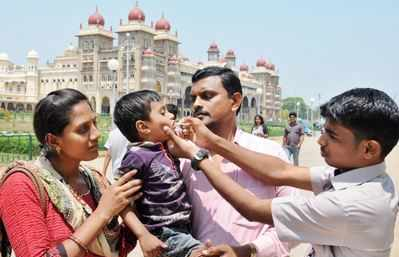 A serious threat to public health as some batches of oral polio vaccine has found contaminated with polio type-2 virus, produced by the Ghaziabad-based Biomed. This virus can return the Polio again, which has been eradicated worldwide, including in India.

Indian Health Ministry and the drug regulator is actively working and have initiated preventive measures to handle the situation. A senior health official said that they have alerted UP and Maharashtra where contaminated vaccines may have been used. He also added that Biomed supplying polio vaccines only for government-run immunization programme and not for private retail.

The issue came into light after the Polio contamination suspected while checking stool samples of some children from UP. With taking actions on that. Samples of OPV vaccines were sent for testing.

An FIR has been filed against Biomed and the company’s managing director was arrested. And the Drugs Controller General of India asked the company to “stop, manufacture, sale or distribution until further orders.

The government working very strictly on that issue and ordered a probe to find out the reason how type 2 strain was retained by Biomed even after the central drug regulator had ordered already to all manufacturers in the country to take necessary measures for the complete destruction of all traces of Polio Virus Type 2 by 25 April 2016.

After the global eradication of the Polio virus, manufacturing, distribution, and use of type 2 strain were stopped.