New Delhi: It would be manna from heaven for Vitamin D-starved children of the country if schools heeded the advice of FSSAI (Food Safety and Standards Authority of India).

The food regulator has unveiled a unique initiative called Project Dhoop under which it seeks to get morning assembly in the schools shifted to noon. Delhi tops in Vitamin D deficient school children in the country. Vitamin D is very crucial for the overall health of a child. Noon is considered the best time for students to soak in sunlight for natural absorption for Vitamin D. Vitamin D Deficiency represents a major threat to the health and development of children.

Launching the project on April 9 in National Bal Bhavan, Pawan Kumar Agarwal, CEO, FSSAI urged schools across the country to facilitate maximum absorption of Vitamin D by students through natural sunlight. Most parts of India receive abundant sunshine all the year round, yet shockingly, studies have found that more than 90% of boys and girls across various Indian cities are deficient in Vitamin D. In Delhi alone, 90-97% of school children (aged 6-17 years) have Vitamin D Deficiency and around 10-11% of these children exhibit signs of Vitamin D Deficiency.

As incidence of Vitamin ‘D’ Deficiencies (VDD) is on unabated, FSSAI’s initiative is billed as a game changer project. NCERT, NDMC and North MCD Schools have associated with the project. The project is supported by Kwality and has been conceptualized by McCann Health. The consequence of Vitamin D in child is very severe. 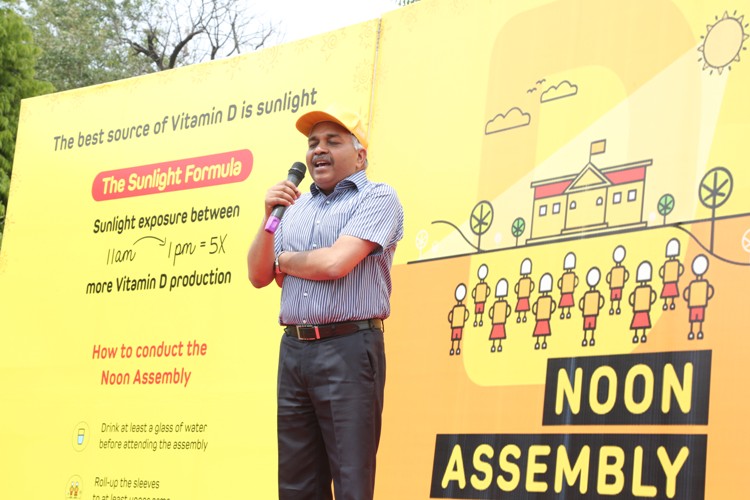 Mr. Agarwal, CEO, FSSAI said, ‘Despite the fact that most children suffer from Vitamin D deficiency in India, most of us are not aware of its serious consequences. FSSAI has always endeavoured to educate the community about such pressing issues. Project Dhoop’s Noon Assembly is an innovative and effective concept to ensure that school students get adequate Vitamin D through sunlight. He pointed out that opting for fortified foods (with +F symbol) is a simple and inexpensive way to address micronutrient deficiencies without any radical change in behavior or eating patterns. He pointed out that “both fortified milk and fortified edible oil are now readily available across the country.”

Speaking at the launch event, Retired Major General Dr. R K Marwaha, Scientific Advisor and Senior Consultant endocrinology said, “Human body needs adequate Vitamin D to make its bones strong and other systemic functions of body. Nearly 90% of body’s Vitamin D requirement is met by adequate exposure to sunlight and only 10% is met through diet. Contrary to popular belief that morning sunshine is best for our bones, it is actually the sunshine from 11AM to 1PM that is most beneficial in increasing Vitamin D levels in human body because of best UVB radiations. Interestingly, 40-60% of the adult bone mass is accumulated during childhood. Hence, it is very important that children are exposed to sunshine for stronger bones and immune system.” 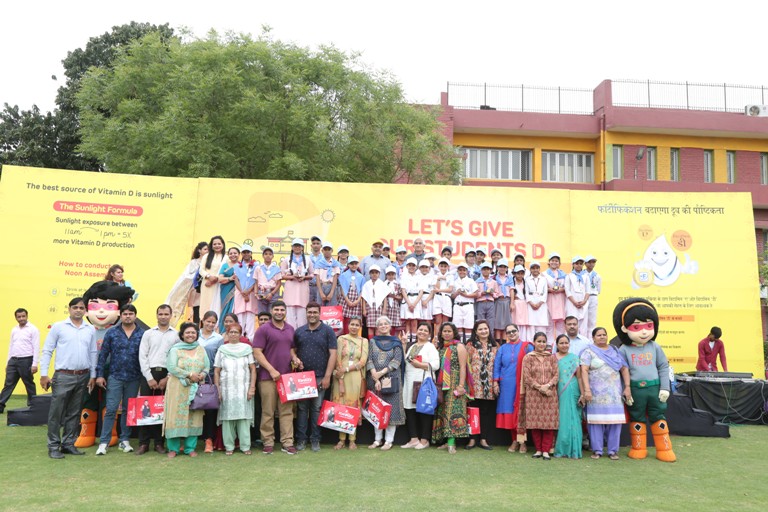 He further added, ‘we can all get abundant Vitamin D from sunshine by exposing only 18% of body surface area (without sunscreen) to sunshine at noon for 30-45 minutes. If the school uniforms are designed such that both forearms and face are exposed to sunlight easily, this would be equivalent to 12% of body surface area. Hence, by the simple act of shifting morning assembly in our schools to noon assembly and careful designing of school uniforms, a large percentage of student’s Vitamin D requirement will be met.’

Mr. Naval Sharma, President and Head of Business Transformation, Kwality stated that recognizing the vital role of Vitamin D in our diets, Kwality has fortified many of its milk and milk products with Vitamin D and other essential nutrients. We are proud to support FSSAI’s +F fortified logo on our products and is part of Project Dhoop Initiative.

Sh. Ashish Bahuguna, Chairperson, FSSAI pointed out that “The launch of Project Dhoop this year on the occasion of World Health Day is very timely.