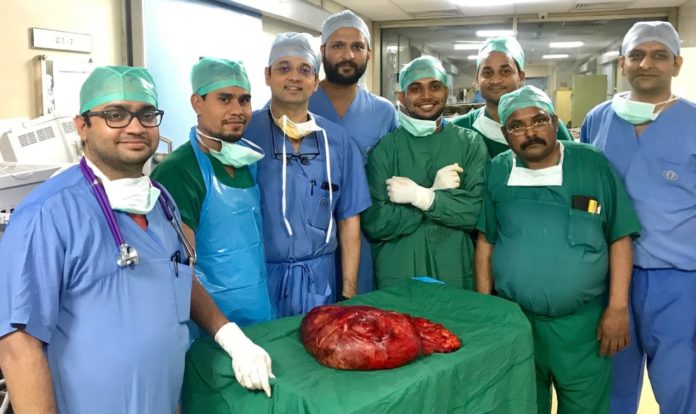 Delhi: Surgeons of the hospital of course measured up to cleanly excising the mountain of a tumour from inside the stomach of a 62 year patient but they failed to precisely measure it. The weighing machine fell far short of the weight of the tumour. The scale could weigh only till 10kg.

It would be approx 17kg, they said. They never expected any tumour of this scale would ever emerge in surgery. Like its weight, they guessed it was a rare breed of tumour, unseen and unheard so far. 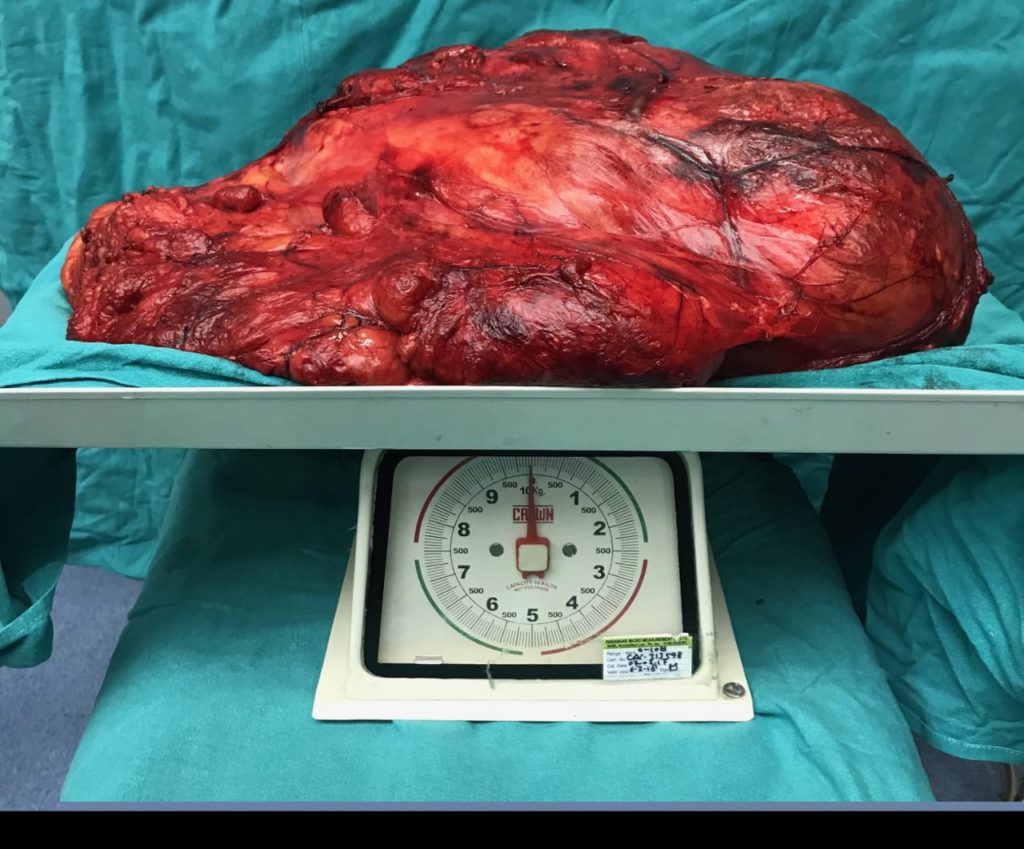 The patient got a new lease of life as the tumour had dangerously started impacting his /her vital organs. It was pressing against ducts of both the kidneys which had swelled due to this. The liver and part of Aorta passing through abdomen for distributing oxygenated blood from the heart was also under siege. As 80 percent of space was occupied by the tumour, he could not eat. His right leg was in imminent danger of turning into gangrene due to cessation of blood flow.

Talking to Medicare News, Dr Ushasht Dhir , Consultant, Surgical  Gastroenterology  and Liver Transplantation, SGRH, said, ‘ It was a very difficult surgery which is evidenced by the fact that it took about 12 hours. It was cut so cleanly that not a trace of tumour was left inside belly. Though we could not precisely weigh the tumour but it must have been approx 17kg. Such huge tumour is unheard of so far. Left untreated, the cancer cells would soon have spread to blood and other organs of the body. The patient got a new lease of life.’ 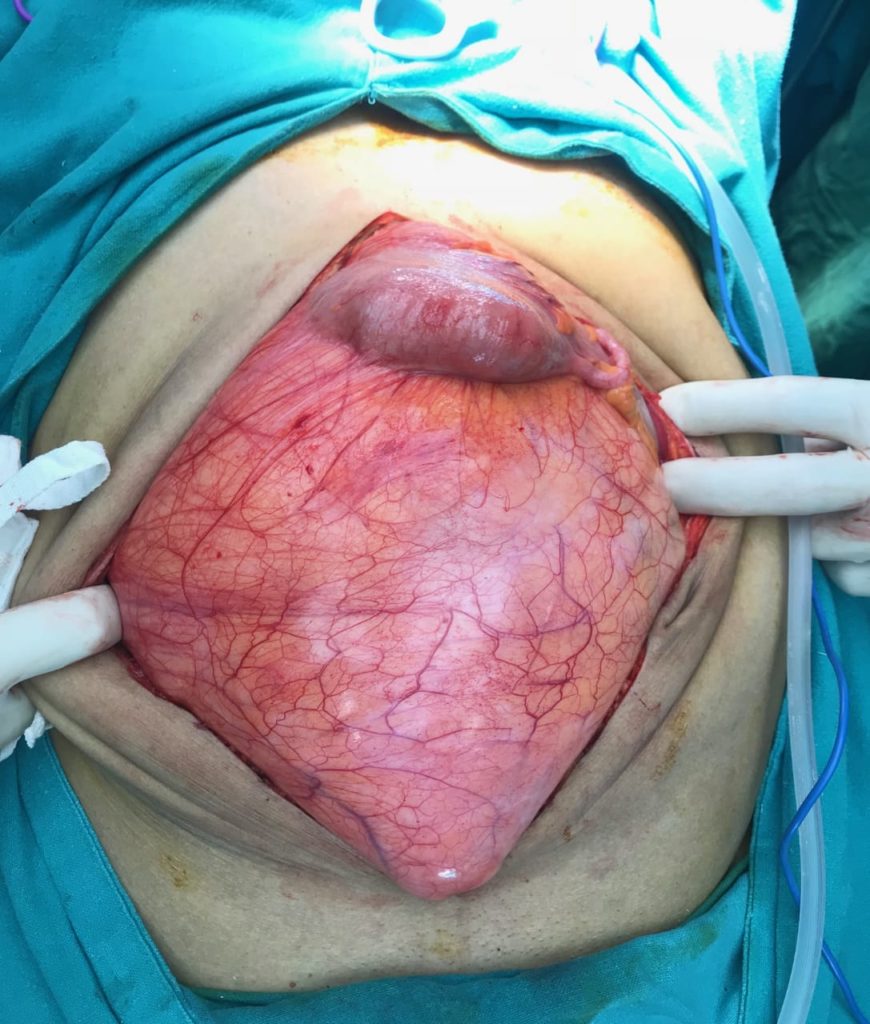 The condition is called Liposarcoma. It is a rare cancer of connective tissues that resemble fat cells under a microscope.  Liposarcoma can occur in almost any part of the body, but more than half of liposarcoma cases involve the thigh, and up to a third involve the abdominal cavity. Surgery is the treatment for primary liposarcomas that have not yet spread to other organs. In most cases, a surgeon will remove the tumour, along with a wide margin of healthy tissue around the tumor, with the goal of leaving the area free of disease and preventing the tumour from returning.