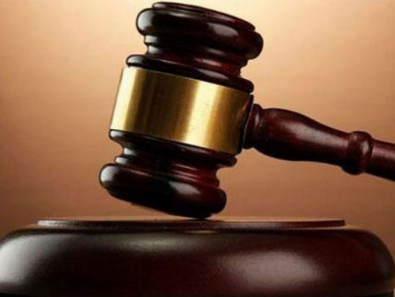 New Delhi, Jun 10 () The Delhi Medical Council (DMC) has written to the city government’s health department recommending “stringent action” against a private hospital in Munirka, as a patient there had died after being treated allegedly by a “fake doctor”.

The 45-year-old man was admitted with complaints of blood in vomiting and stool in mid-November last year at the SHL Hospital and was given treatment as prescribed by Ram Chander Yadav.

A day after his admission, his condition deteriorated and he was taken to the Safdarjung Hospital where he was declared brought dead, a senior official of the DMC said. The post-mortem was performed there only.

The sister of the deceased had lodged a complaint with different authorities including the DMC.

“During investigation (DMC’s) it was found that Ram Chander Yadav was practicing on the basis of an ‘MBBS’ from Goa Medical College and being registered with Goa Medical Council. He was claiming himself to be having an MBBS, DCH, FCCP.

For practicing allopathic system of medicine in the NCT of Delhi, a person should hold recognised medical qualification as per First, Second or Third Schedules to Indian Medical Council Act, 1956 and should be registered with the Delhi Medical Council.

Tyagi said the hospital was also found to be “unregistered” and therefore a communication has been sent to the Delhi health department to initiate action against.

“The patient was treated by an unqualified person in an unregistered hospital and did not receive proper treatment which led to his death, which as per the post-mortem report was result of shock and hemorrhage due to bleeding varices in a known case of chronic liver disease,” the DMC said in a statement.

Ram Chander Yadav is “neither qualified nor authorised” to practice allopathic system of medicine, the Council said.

“A copy of the DMC order has also been sent to the Directorate General of Health Services (DGHS), Government of Delhi, for taking stringent action against SHL Hospital under the Delhi Nursing Home Registration Act for employing unqualified person and allowing him to treat patients,” Tyagi said.

DMC is a statutory body constituted in September 1998, as a result of enactment of Delhi Medical Council Act, 1997 by the government of Delhi. The DMC is vested with powers, duties and function of regulating the practice of modern scientific system of medicine in the city. KND DIP DIP