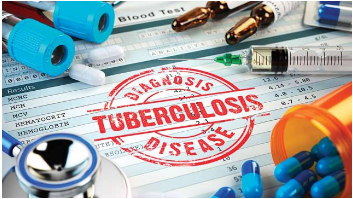 UNITED NATIONS: Governments from around the world will gather Wednesday to discuss the persistent scourge of tuberculosis, which last year claimed more lives than any other communicable disease.

About 1.3 million people worldwide died of TB in 2017. A further 300,000 people with both HIV and TB died in last year, according to World Health Organization figures released this month.

Once referred to as ‘consumption’ because of the way sufferers appear to waste away, tuberculosis has been known for centuries. The bacterium responsible for TB was discovered 136 years ago and the development of an effective antibiotic helped rich countries to largely contain the disease after World War II.

Still, the U.N. health agency estimates that about 10 million people worldwide become newly infected with TB each year, mostly in poor countries where access to health care is limited.

Speaking ahead of a high-level meeting on the sidelines of the U.N. General Assembly, Kasaeva said the U.N.’s target of eradicating tuberculosis worldwide by 2030 “is very ambitious given that for now progress is too slow.”

Experts are particularly concerned about the rising number of people contracting drug-resistant variants of TB, many of which aren’t diagnosed properly. Treating them can be costly and arduous, requiring years of medication with strong side effects.

Dr. Ralf Otto-Knapp of the German Central Committee to Combat Tuberculosis, a group established in the late 19th century when the disease was still widespread in much of Europe, warned against complacency about the disease in an age of global travel.

“Because of the increasing mobility in society it also affects economically more powerful countries,” he said. “We need a joint political will and the necessary resources to fight tuberculosis effectively.”

Kasaeva said she hoped leaders attending the New York meeting Wednesday will commit to closing the growing gap between the amount of money available and the billions more required to tackle the disease.

Campaigners applauded a recent decision by the World Health Organization to recommend a change in the way drug-resistant tuberculosis is treated, prioritizing oral drugs over injectable medication.

The group Doctors Without Borders said such treatment can reduce debilitating side effects, help improve cure rates and cut the number of deaths, but noted that it requires U.S. pharmaceutical giant Johnson & Johnson, which makes the key drug bedaquiline, to reduce its price in low- and middle-income countries with high rates of drug-resistant TB.

The company has already sharply reduced costs for the drug in some countries, but in others a six-month course of treatment can cost several thousand dollars – far more than most people can afford.

Companies have been reluctant to invest in developing TB medication – with only two new drugs coming onto the market in the past 50 years.