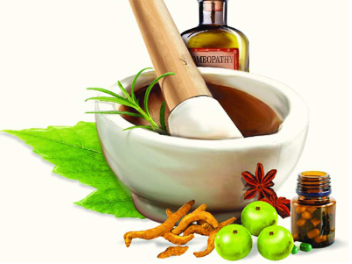 Nagpur: A racket of adulterating ayurvedic medicine was busted and police registered offences of fraud against some ayurvedic doctors and a pharmaceutical agency on Tuesday at Jaripatka and Pratap Nagar police stations. The offences were registered following complaints from officia ls of Food and Drugs Administration (FDA), who had in January raided clinics of ayurvedic doctors and seized medicine samples.

FDA claims that the samples tested positive for Diclofenac Sodium, which is an allopathic drug but was used in the ayurvedic medicines by the doctors.

In January, FDA had raided two sales centres — Maa Gayatri Retail (Hingna Road) and Ma Gayatri Yoga and Naturopathy Clinic, Bhilgaon (Kamptee Road) — which claimed to be specializing in curing arthritis and cancer. Both were being run by Suresh Pashine and his daughter Priyanka, who claimed to be an ayurveda practitioner. The samples collected during the raid were sent to FDA laboratory for chemical testing, and tested positive for Diclofenac Sodium. Prathamesh Ayurvedic Agency, Mahal, was also a co-accused in the case.

Cops said the accused were repacking and mixing the ayurvedic medicine with allopathic drugs without proper documentation and government approval.

Jt commissioner of FDA, Nagpur division, Dr Rakesh Tirpude said, “We had seized the ayurveda capsule from Pashine’s clinic, who claimed that he had sourced it from Prathamesh Ayurvedic Agency. The latter claims that they purchased the stock of capsules from Aditya Pharmaceutical, Bhandara.”

“We had asked Aditya Pharmaceuticals to send samples of the capsule, and the company also said there is no Diclofenac Sodium in its product. We involved cops to find out the main accused,” said Tirpude. He suspects the allopathic medicine was introduced somewhere along the chain.

Compounder Yogesh Raut at Priyanka’s clinic is also under the scanner since the FDA had confiscated capsule making machine from his house. “We had not found Diclofenac Sodium at any places we raided, but it was present in the capsules seized from the clinics,” he added.

Tirpude has not ruled out the involvement of a bigger racket in the case.

Jaripatka and Pratap Nagar police have registered a case of drug adulteration and fraud against three persons, including Prathamesh Ayurvedic Agency under sections of Indian Penal Code (IPC) and the Drugs and Cosmetics Act, 1940.