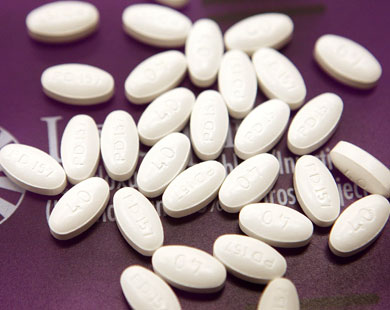 New Delhi: The Central government is working on an extensive protocol to pinpoint multidrug-resistant microbes and will soon come out with a set of guidelines for clinicians and microbiologists to facilitate sample collection and research, it is learnt.

Senior scientists from the Department of Biotechnology (DBT), the National Centre for Microbial Resource (NCMR) and various industry stakeholders will meet in Delhi on December 4 to hammer out details of the sample collection norms, which would be a guidance document for anti-microbial resistance (AMR) researchers in India.

“We have been working on this initiative for some time. The guidelines will be finalised after the meeting next month. AMR researchers from across the country are expected to attend the event,” Dr Shrikant Pawar, a senior scientist at the NCMR, told Pharmabiz.

The Pune-based centre was recently declared the country’s first bio-repository for resistant microbes. A bio-repository is a storage place for biological materials that collects, processes and distributes biospecimen catalogs, and keeps material samples from humans, animals or plants to support future investigations. The NCMR bio-bank is expected to be a boon to researchers in the field of AMR as they could deposit or obtain samples of infective agents for scientific investigation. Though the National Centre for Disease Control and Indian Council of Medical Research conduct AMR surveillance in various geographical areas, both the institutions only collect data and not microbe samples.

AMR has serious implications for a country like India where misuse of “last-resort” antibiotics for common health conditions is rampant. Many microorganisms such as bacteria and fungi have an exceptional capacity to survive in adverse surroundings. Antibiotic resistance arises when such bacteria, referred to as “superbugs”, evolve mechanisms to resist the effects of multiple antibiotics targeted to destroy them. When superbugs develop resistance to a particular antibiotic used to treat infections such as diarrhea or tuberculosis, the drug therapy becomes ineffective.
The bio-bank established at the NCMR for resistant microbes was one of the top priorities of the DBT. Many AMR researchers have been complaining that they don’t have adequate resources and suitable specimens to conduct investigation.

While sharing of samples is voluntary, scientific community in the country has welcomed the DBT initiative to prepare guidelines for deposition and distribution of drug-resistant microbes. “The samples received from different parts of the country will offer valuable data on the spread and resistance pattern of these superbugs. The information is crucial in the development of new antibiotics and antifungals. However, these microorganisms must be handled with extreme care as they have the ability to defeat the drugs designed to eliminate them,” Prof. Pratyoosh Shukla, general secretary of The Association of Microbiologists of India, pointed out.

According to clinicians, the AMR situation in India is alarming. A study conducted in the intensive care units of 20 tertiary care hospitals showed that 7 per cent of critically ill patients are resistant to antibiotics. Drug resistance to first-line antibiotics also results in 58,000 neonatal deaths each year.