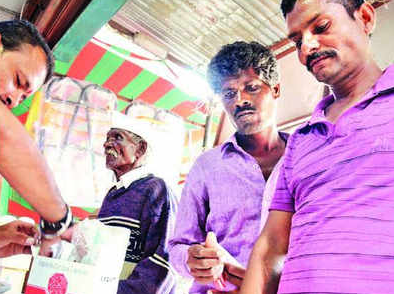 AURANGABAD: The procurement of medicines from Haffkine bio-pharmaceutical corporation has still not helped Government Medical College and Hospital (GMCH) tide over its drug shortage as the latter still has to depend on local purchase to cater to the demand for drugs in the hospital.

In addition, the hospital is asking patients to purchase medicines from private pharmaceuticals as a result of which it is the patients who are shelling out more for paracetamol, antibiotics and other drugs.

In January this year, the state cabinet decided to centralise all drug purchases. It mandated that all drugs, medical supplies and equipment required required by government departments be purchased from Haffkine, thereby preventing the government hospitals from making local purchases.

However, since it took eight to nine months for the Haffkine centralised drug procurement system to regularise, hospitals across state, including GMCH, was pushed into a severe drug shortage.

In the second week of October, GMCH started receiving drug consignments from Haffkine. However, doctors were still asking patients to buy medicines from outside the hospital.

Now, that the centralised procurement system has become more streamlined, GMCH has received 64 types of drug. The state-run hospital has also been allowed to purchase 20% drugs locally. GMCH is using this facility to purchase medicines required during an emergency situation.

Patients are still being forced to buy medicines from private pharmacies. A man, whose mother was operated for a joint problem recently at the hospital, said that all drugs had to be purchased from outside.

Ajinkya Waghmare, kin of another patient, said that though his family’s financial condition was not that good, they had no option but to buy medicines from outside. “The hospital gets patients who cannot afford treatment in private hospitals. Drugs are required consistently. The government should ensure that they are available at all times,” said Waghmare.

When asked about the shortage, GMCH medical superintendent Kailash Zine said that the hospital was using up the drugs wheneevr it was being supplied. He added the permission to make local purchases did not suffice. “Our hospital recieves patients in large number. Hence, the requirements are more,” said Zine.