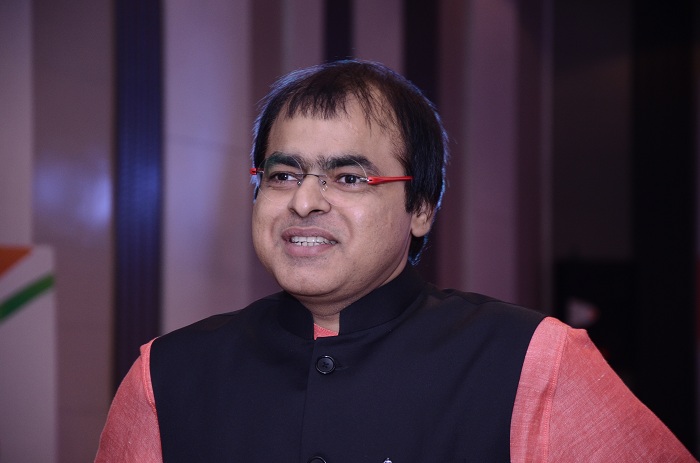 Leading public policy expert and global healthcare leader, Mr. Rajendra Pratap Gupta, has been appointed as an advisor to the Union Minister for Health & Family Welfare. He is currently a member of the Central Council of Health & Family Welfare, the apex advisory body of the Ministry for Health and Family Welfare.
Congratulating his achievement, Padma Shri Awardee Dr KK Agrawal – President Heart Care Foundation of India (HCFI) & Honorary Secretary General Indian Medical Association (IMA) said, “Mr. Rajendra Gupta has made innumerable contributions to public policy, innovation and healthcare over the past decade. With over two decades of experience as a policy leader, economist and healthcare expert, Mr Gupta is likely to bring a fresh and practical perspective to the ministry. We are hopeful he will play an instrumental role in helping streamlining the sector and help address the major gaps that exist in the healthcare system today.”
Sources in the ministry acknowledged that they have been seeking his advice for many years on various issues, and his joining the ministry will be of immense help to them.
Gupta brings with him the rare quality of being a visionary along with his uncanny knack for executing plans in a record time. His colleagues know him for being a tough task- master, who is credited for turning around IMS Health in Nepal in three months, turning around the Medicine Shoppe operations in India and other consumer brands in a short time.  He was featured as ‘Thought leader of the year’ three years in a row, felicitated as the ‘Global healthcare leader’ of the year in 2012 by the Sherriff of Los Angeles, and featured amongst the ‘25 living legends of healthcare in India’ in 2016.
In 2007, he quit full time CEO role and started focusing on public policy and he is credited with championing the cause of healthcare reforms. He is the founder president of the Disease Management Association of India (DMAI), the only not-for-profit organisation in India having a special consultative status with the United Nations – ECOSEC. In 2010, the Government of Chhattisgarh incorporated his health reforms recommendations in their plans. The erstwhile Planning Commission would seek his inputs on key initiatives.
Recently, Gupta has also authored a healthcare best- seller, ‘Healthcare reforms in India – Making up for lost decades’, published by Elsevier.
He has served as a board member and advisor across the globe. He is the only Indian to serve as a board member for two terms on the Care Continuum Alliance, USA (Formerly , Disease Management Association of America) – amongst the largest healthcare not-for-profits in the United States. He has also served on the global agenda council of the World Economic Forum, and has been invited by United Nations, World Health Organization and International Telecommunications Union (ITU), besides others .