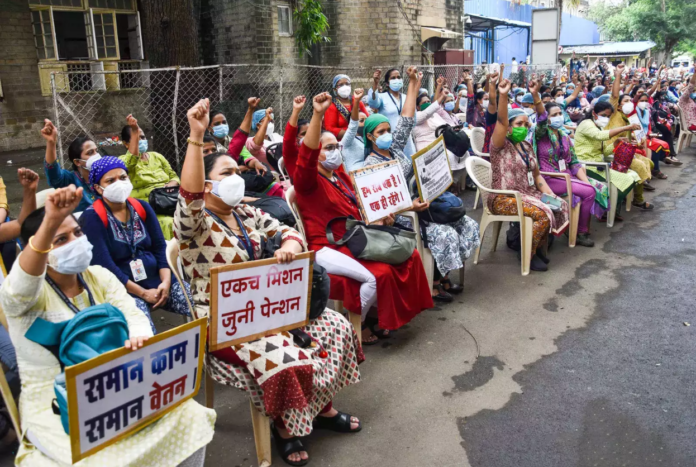 Ahmedabad: More than 400 junior doctors, interns at self-financed Gujarat Medical Education & Research Society (GMERS) medical colleges in Ahmedabad, Gandhinagar and Valsad, went on strike on Thursday over their ‘Covid allowance’ not being paid. The allowance was promised by the state government during the second Covid wave when several representations over pay disparity with other states were made.

The internship is mandatory for students who start their own practice after completing their bond period. “The intern doctors were promised Rs 5,000 monthly Covid allowance over their stipend from March to June. While interns of the government-run colleges have received the allowance promised by the government, intern doctors at GMERS-run colleges have not been given the sum,” said a doctor on condition of anonymity. “There was no other way for us but to declare a strike for justice.”

Meanwhile, Gujarat deputy CM Nitin Patel, who also handles the health portfolio, promised that the issue would be resolved soon. Patel asked the striking doctors to join work and “show some concern for patients”.

“Internship is a must for any medical student. These students must be thankful to the government for arranging their internship at government hospitals and giving them allowances. It’s the government which showed a big heart, not the intern doctors,” Patel said on Thursday.

“They have to complete their internship even if we do not give any allowance, because it’s a must to become a doctor. At private medical colleges, students have to pay from their pockets to do an internship. These intern doctors should show some concern for patients,” said the health minister.

The hospital administration at Sola and Gandhinagar Civil hospitals claimed that services were not affected. “Talks with the doctors are on. Meanwhile, staff has been ramped up so patients don’t face any issue,” said a senior doctor at Sola Civil Hospital.