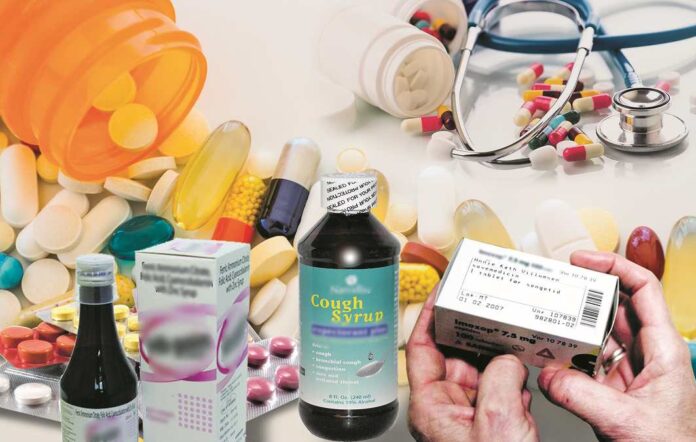 Jaipur : The Supreme Court, in a judgment delivered on 28 Aug, 2020, held that, the Police Officers cannot register FIR, arrest, prosecute or investigate in regard to Cognizable offence under Chapter IV of the Drugs and Cosmetics Act, 1940.

The bench of Justices Sanjay Kishan Kaul and KM Joseph held that an arrest can be made by the Drugs Inspector in regard to cognizable offences falling under Chapter IV of the Act without any warrant and otherwise treating it as a cognizable offence.

The Court clarified that the existence of the power to arrest with the Drugs Inspector is not to be understood as opening the doors to making illegal, unauthorized or unnecessary arrest.

“Every power comes with responsibility. In view of the impact of an arrest, the highest care must be taken to exercise the same strictly as per the law. The power of arrest must be exercised, recognizing the source of his authority, to be Section 22(1)(d) of the Act, which is for carrying out the purpose of Chapter IV of the Act or any Rules made thereunder.”

“It would appear that on an understanding of the provisions, arrests would have been effected by Police Officers in regard to the cognizable offences under Chapter IV of the Act. Having regard to the fact that we are resolving this controversy on a conspectus of the various provisions of the Act and the CrPC, we are inclined to direct that this Judgment, holding that Police Officers do not have power to arrest in regard to cognizable offences under Chapter IV of the Act, is to operate from the date of this Judgement.”

Now,  in connection with the orders passed by the Supreme Court, Addl  DGP, Crime Branch, Rajasthan, Jaipur has issued communication to All SPs and Others that under Chapter V of Drugs and Cosmetics Act, 1940 ‘Drugs Inspectors’ are empowered to take action for offences under the Act. The Police does not have powers under this Act to register FIRs, investigate, Arrest and file complaints.