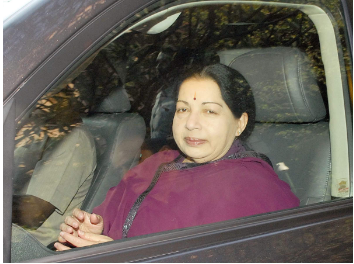 CHENNAI: The commission inquiring into the death of former chief minister J Jayalalithaa has come down heavily on Apollo Hospitals, which treated the former chief minister during her 74-day stay at its flagship unit, taking exception to some of its doctors and technicians not honouring summons sent by the Commission.

Headed by retired Madras High Court judge A Arumughaswamy, the commission had recorded statements and allowed cross examinations of bureaucrats, politicians, medical practitioners and people perceived to have been close to Jayalalithaa to investigate whether the circumstances around her death indicate any foul play.

Significantly, the commission had recently summoned doctors from the All India Institute of Medical Sciences, and several doctors, nurses and technicians from the Apollo hospitals. Intimating the hospital about summons for medical equipment technicians, cardiologist Sai Sathish, a physiotherapist, and respiratory medicine expert Babu K Abraham.

In its note to Apollo Chairman Prathap Reddy, the commission said: “Take note that your hospital doctors who had given treatment to Hon’ble late chief minister J Jayalalithaa are asked to appear before this Comission on their respective dates in a phased manner. Even in the previous hearings, some of them have not appeared before the commission and have been condoned leniently. You are hereby directed to depute the doctors and Technician, to appear before this Commission without any technical objections…”

The Commission also made it a point to remind the hospitals about the revenue it had earned during the treatment to Jayalalithaa. “…remembering that your hospital has earned several crores of rupees in treatment charges. It is informed that if you fail to depute the doctors and technician, law will take its own course against you and your directors.

In a statement to ET, Apollo said: “To date ,36 witnesses from Hospital including senior doctors, nurses and paramedical staff have appeared and deposed before the commission. Summons were issued to 6 senior doctors with very short notice and they were unable to cancel appointments and surgical procedures scheduled much earlier. Therefore we requested the commission to provide notice of at least 7 days to enable the doctors to schedule their appointments and cause least inconvenience to their patients and not jeopardize patient care We are at all times willing to cooperate and will continue to cooperate with the learned commission.”