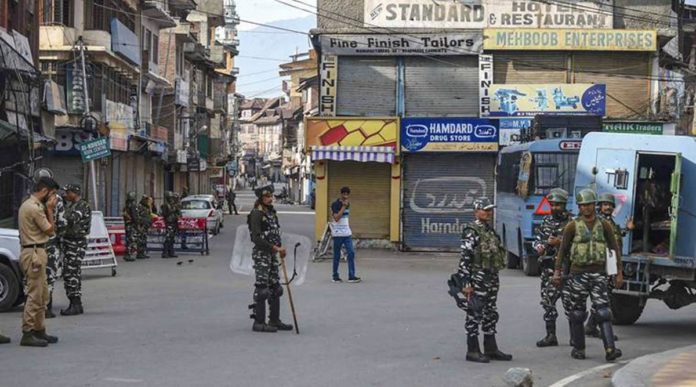 New Delhi/ London: It seems Lancet’s immune system has been breached and some anti- India bacteria has invaded its lymphatic insides. Medical India has stood as one to launch a broadside against the so called prestigious British Medical Journal the Lancet.

Lancet’s editorial on Kashmir is bizarre. The medical journal has clearly exceeded its brief. It has in its editorial questioned India’s move on Kashmir, raising the facade of concerns about health, security and freedom of people in the region.

‘The militant presence raises serious concerns for the health, safety, and freedoms of the Kashmiri people.’ The edit has said. It further adds, ‘Prime Minister Narendra Modi vows that his decision to revoke autonomy will bring prosperity to Kashmir. But first, the people of Kashmir need healing from the deep wounds of this decades-old conflict, not subjugation to further violence and alienation.’

Branding Lancet’s unsolicited stance on Kashmir, the whole Medical India and social media are on fire lambasting Lancet for its unbecoming stance.

Indian Medical Association (IMA), the largest Trade Union of allopath doctors, which is fighting against crosspathy being allowed in India, has taken strong exception to Lancet’s unseemly and partisan meddling in Indian politics. IMA has taken the extreme step of withdrawing esteem it had for the British Medical Journal.

In its strong worded letter to Richard Horton, journal’s editor in chief, the association has said lancet has interfered with India’s internal matters by commenting on Kashmir. The medical journal has no locus standi on the issue. In the letter sent by association’s national president Santanu Sen, it said, ‘It is amounting to interference into an internal matter of Union of India. Lancet has reacted to an internal administrative decision of government of India under the garb of concern for the health of Kashmiris.’ Calling it unfortunate the doctor’s body said, ‘It has committed breach of propriety in commenting on political issue.’ IMA branded it as mala fide. The letter sums up saying, ‘Indian Medical Association on behalf of medical fraternity of India withdraws the esteem we had for the lancet.’

Association of Surgeons of India with 25000 members across country has demanded an unconditional apology to the Nation from the editor of The Lancet. In a response, Dr Arvind Kumar , President,  Association of Surgeons of India & Chairman , Chest Surgery , Sir Ganga Ram Hospital has said, ‘ we strongly condemn the editorial board of Lancet for having approved the publication of editorial which smacks of anti India stance. The contents are factually incorrect, politically motivated, prejudiced, unsubstantiated and downright racist.’