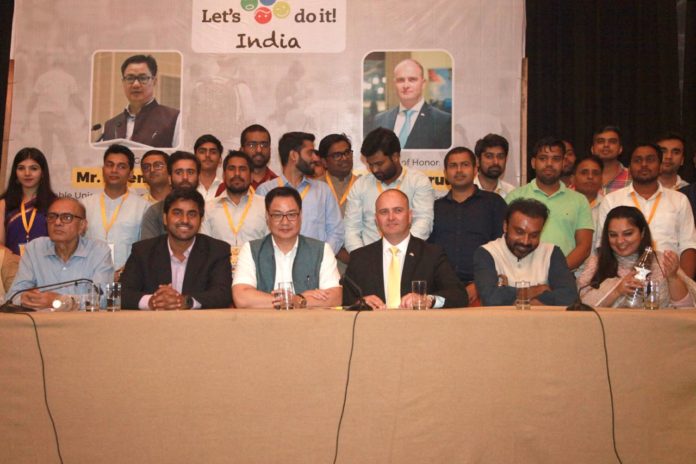 New Delhi:  It is billed as a huge leg up to Swastha Bharat campaign.  ‘Let’s Do It! INDIA’, the Indian chapter of ‘Let’s Do It! World’ kick-started a pan-India cleanliness movement today in Delhi on the occasion of World Cleanup Day by United Nations Environment Assembly.

It also coincided with Prime Minister Narendra Modi launching the ‘Swachhata Hi Seva Movement’ to mark the 150th birth anniversary of Mahatma Gandhi. Let’s Do It World is a global civic movement with a mission to connect and empower people and organizations around the world to make our planet waste free. 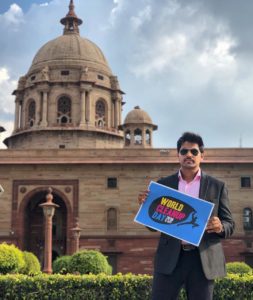 The pan India Cleanliness Drive was started at Kudsia Ghat in the national capital in the presence of Dr. Satyapal Singh, Minister of State for HRD and Water Resources, Riho Kruuv, Ambassador Estonia Embassy to India, Arvind Menon, National In-charge of Departments & Projects, BJP, Manoj Tiwari, President Delhi – BJP, Padam Shri Hans Raj Hans and several other prominent personalities. Over 25000+ volunteers participated in 100+ cities across the country in this combine move of ‘Let’s Do It! INDIA and AIESEC.

Dr. Satyapal Singh, Minister of State for HRD and Water Resources said, “The goal of Let’s Do it! India synchronises completely with our PM Narendra Modi’s initiative, Swachh Bharat Abhiyaan. Health of our people cannot be there without sanitation and cleanliness. We can reduce and eliminate several diseases if we support such initiatives.” 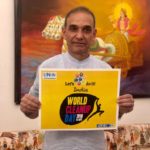 Pankaj Choudhary, Assistant Professor of International Law, Delhi University and Founder, Let’s Do it! India said, “Today on the occasion of ‘World Cleanup Day’, we have aimed to mobilise 5% of the population of 150 countries and form an epic green wave. We are confident that the noble efforts of Let’s Do it! India volunteers will help in materialising Mahatma Gandhi’s dream of a Clean India”.

Pradeep Singh, National Leader, Let’s Do it! India said, “We look forward to everyone’s support including youth and media. With your support, we would be able to reach out to masses and bring the positive change in mindset of people for cleanliness and for Clean India.”

The movement of Let’s Do it! India is being supported by cross section of people belong to varied professions. From Kiren Rijiju, Minister of State for Home Affairs to Saint Swami Chidanand Saraswati to Radio Jockey Raunak, Vijaypal Singh Tomar, Member of Parliament, Rajya Sabha, Sanjay Singh, Member Of Rajya Sabha, Major Dr. Surender Poonia – VSM and many other dignitaries.