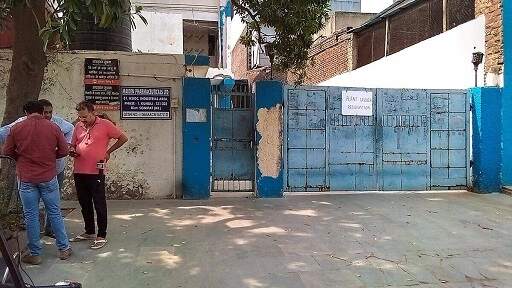 Solan : Five samples of CSP cough syrup manufactured by Maiden Pharmaceuticals Limited at its plant at Manpura in Himachal Pradesh’s Baddi have been found to be substandard, according to the monthly alert issued today by national regulator Central Drugs Standard Control Organisation (CDSCO).

Though the plant was closed in February 2022 for renovation, the samples pertained to five different batches — LOCG21-85, LOCG21-94, LOCG21-95, LOCG21-84 and LOCG21-96 — of cough syrups manufactured in August 2021. The samples were drawn by the Drug Control Department at Baddi as a precaution after a WHO alert linked to death of Gambian children, allegedly after consuming cough syrups manufactured at Maiden’s sister firm in Sonepat.

The five Baddi samples were tested at the Central Drugs Laboratory (CDL) in Kolkata. Deputy Drugs Controller Manish Kapoor said the samples were drawn from Maiden Pharmaceuticals’ plant. These were sent for lab analysis to the CDL, Kolkata, with special instructions to check for the presence of propylene glycol (PG), he said.

“The lab reports have confirmed that PG was not found in the five cough syrup samples. This has come as a relief for the officials, though the samples were declared substandard on account of lack of assay of diphenhydramine hydrochloride, codeine phosphate, sodium citrate and menthol. These are not life-threatening causes, but do affect efficacy,” said Manish Kapoor.

According to the WHO alert issued on October 5, four cough syrups manufactured by Maiden Pharmaceuticals Limited, Sonepat (Haryana), were allegedly found containing toxic substances diethylene glycol and ethylene glycol. These two substances have been found to be a contaminant in products where propylene glycol is used in manufacturing. The four products that came under the scanner were Promethazine Oral Solution, Kofexmalin Baby Cough Syrup, Makoff Baby Cough Syrup and Magrip N Cold Syrup. These were blamed for the death of children in Gambia.

None of these four products were manufactured in Baddi. The said unit was under renovation since February 2022 and had halted its manufacturing operations, as per written information furnished by the unit management to the officials, said Manish Kapoor. “The drug inspector concerned has been directed to issue a show-cause notice on the firm and withdraw various batches of the five cough syrups from the market,” he said. As many as 1,375 drug samples were drawn across the country with 70 of these being declared substandard. As many as 27 of the 70 substandard samples are those manufactured in Baddi, Paonta Sahib and Kala Amb in Himachal Pradesh.